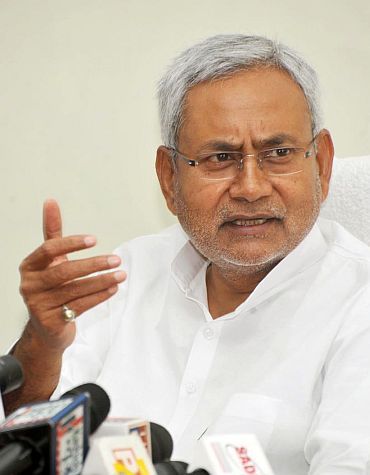 Nitish Kumar on Monday escalated the stand-off in the ruling Janata Dal-United in Bihar to the battle to the President Pranab Mukherjee while expelled chief minister Jitan Ram Manjhi sought a trial of strength by secret vote in the assembly.

Apparently apprehending a delay in an invitation to him to form the government, Bihar Janata Dal-United legislature party leader Nitish Kumar on Monday requested for time from President Pranab Mukherjee on Wednesday to parade all 130 supporting MLAs. "Time has been sought from Rashtrapati Bhawan on February 11," JD-U General Secretary K C Tyagi told PTI.

Kumar and other senior leaders would meet the president to press for opportunity to form government in Bihar, he said.

On yet another day of hectic developments, the JD-U expelled Manjhi from the party for “anti-party” activities and the Speaker declared him an unattached MLA.

Former chief minister Nitish Kumar, who has now been elected leader of the JD-U legislature party, met Governor K N Tripathi and produced before him a list of 130 supporting MLAs in a House, with an effective strength of 233, belonging to JD-U, Rashtriya Janata Dal, Congress, Communist Party of India and an independent.

After the meeting with the Governor, Kumar said he told Tripathi that he was ready to prove his majority in 24 hours or 48 hours, whatever the deadline the Governor may chose to give.

Flanked by RJD leader Lalu Prasad Yadav and JD-U President Sharad Yadav, Kumar said they requested the governor that a new government should be in place before the budget session of the Assembly starting from February 20.

Kumar said if an opportunity is denied to him to form government or in the event of any ‘dilly dallying’, he would parade 130 MLAs of JD-U, RJD, Congress, CPI and one independent before President Pranab Mukherjee in Delhi.

The three leaders described the meeting as “satisfactory”.

The Governor was also told that the 130 MLAs supporting Kumar were waiting outside Raj Bhawan wearing their I-cards issued by the assembly secretariat and if he wished he could meet them, Kumar said, adding, “on this, the Governor said ‘There is no need of it’.”

An embattled Manjhi came calling on the governor shortly later and told him that he can prove majority on the floor of the House whenever asked.

"I requested him that the floor test be held by secret ballot and one leader from each of the two (rival) groups of JD-U be present during counting of votes," Manjhi, who was accompanied by ministers Bhim Singh, Vinay Bihari, Nitish Mishra and Samrat Chaudhary, said.

He said Kumar's election as the new JD-U LP leader was "unconstitutional" as the meeting in which he was elected was "unauthorised" because it had been called by the party president instead of the Leader of the House.

On Kumar's request that a decision on government be taken before February 20, the day the budget session of Bihar Assembly begins, Manjhi said he told the Governor "What's the hurry ? ... Where are we running away?"

"Whenever you direct us for floor test be it February 19, 20 or 23 we will prove our majority on the floor of the Assembly," Manjhi said he told the governor.

Asked about the number of MLAs supporting him, Manjhi said "there are many but they do not want to come out in the open before the media because those people (Nitish Kumar group) have many 'bahubalis' (armed men)."

He quoted a colloquial phrase that "whenever somebody asks a barber how much hair is on one's head, the barber says he will say when the person comes before him."

Kumar said he had pointed out reasons to the Governor for having a government in place before the assembly budget session, which was starting from February 20 when Tripathi would have to address a joint session of the two houses on opening day.

"Which government's speech will you read? Budget of which government will be taken up during the session ?" Kumar said he asked the Governor.

Sharad Yadav said "We told the Governor the writing is on the wall as to who has the majority ... We urged him to invite Nitish Kumar to form the government without any delay."

Out of a total of 130 MLAs whose letters of support were submitted to Tripathi, 128 were physically present.

Two RJD MLAs, who are out of station, were not present.

"RJD MLAs Durga Prasad Singh and Ambika Prasad Yadav are out of Patna and that is why they are not here. But the entire flock of 24 RJD MLAs are one with the decision of Lalu Prasad to support Nitish Kumar," RJD spokesman Ezaj Ahmad told reporters.

Kumar said they told the Governor about Manjhi's assertions yesterday after meeting Prime Minister Narendra Modi in Delhi that cabinet expansion would be carried soon and two deputy chief ministers would be inducted in his ministry."This is an open game of horse trading," Kumar said, adding, "An environment of instability was being created in the state."

Referring to his position as the new JD-U LP leader, Kumar said that after polls Election Commission notifies the status of party in the House. "But during rest of the term it is the Assembly Speaker who states the status of the members and the parties ... In the present case, the Assembly Speaker has already given recognition to me as new JD-U LP leader."

Manjhi said he has also apprised the Governor about a writ filed in Patna High Court today by MLA Rajeshwar Raj challenging the election of Kumar as JD-U LP leader at an "unconstitutional" meeting called by party president Sharad Yadav on Saturday last.

Raj is a JD-U MLA and is supporting Manjhi.

BJP with 87 members in the Assembly, whose effective strength at present is 233, is the main hope for Manjhi for his survival if he musters the support of 30 other MLAs. The magic figure is 117.

Sharad Yadav said "We told the Governor the writing is on the wall as to who has the majority ... We urged him to invite Nitish Kumar to form the government without any delay."

Out of a total of 130 MLAs whose letters of support were submitted to Tripathi, 128 were physically present.

Rajiv Ranjan, the JD-U chief whip appointed by Manjhi, claimed the support of 56 MLAs of the party and RJD.

“We have committed support of 44 JD-U and 12 RJD MLAs all of whom will stand by Manjhi and support his government during the trust vote whenever it takes place,” Ranjan claimed.

The effective strength of Bihar Assembly at present is 233 with 10 vacancies and magic number is 117.

Meanwhile, a JD-U MLA Rajeshwar Raj, who is with Manjhi has challenged in Patna High Court the election of Nitish Kumar as JD-U LP leader and made him, Sharad Yadav and Speaker as respondents. The petition is likely to be heard on Tuesday. 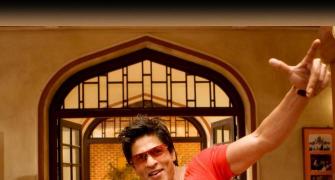 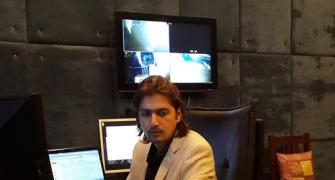 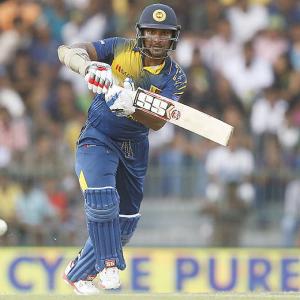 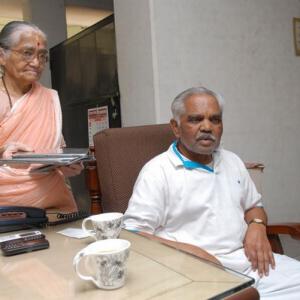