The Nithyananda ashram on Thursday filed a police complaint accusing Sun Network owner Kalanidhi Maran and its top executive of morphing and telecasting visuals showing the controversial spiritual guru in a compromising position with an actress last year.

In the complaint filed with Police Commissioner J K Tripathy, the Nithyananda Dhyanapeetam also sought action against Maran and Sun TV's Chief Operating Officer Hansraj Saxena, holding them responsible for the network staff's "trespass" into their ashrams at various places and alleged assault of inmates.

Talking to reporters, Dhyanapeetam's Nityasarvananda said, "On March 3, 2010, Sun TV aired footage that caused defamation to our organisation. So we have filed a case against Kalanidhi Maran and Hansraj Saxena."

Kalanidhi is the brother of Dayanidhi Maran, who on Thursday resigned as Union textile minister over the 2G scam. Both are grandnephews of DMK chief M Karunanidhi.

Nithyananda was arrested last year after various channels telecast the purported video footage which the ashram had described as a "conspiracy" to malign his reputation.

It had claimed that the images were "morphed" and alleged that the ashram inmates were subjected to physical attacks in various places after the video footage was aired.

Nithyananda, who also faced criminal charges including rape, was arrested from Himachal Pradesh after remaining elusive for several weeks. The case registered in this connection is pending in a court in Ramanagara near Bangalore.

Saxena is already in police custody in connection to a cheating case filed by a Salem-based film distributor. 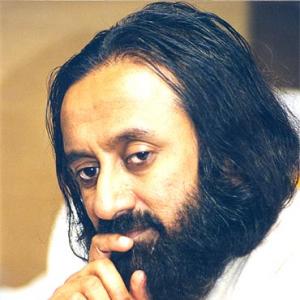