Mukesh Singh, one of the four death-row convicts in the 2012 Nirbhaya gang rape and murder case, moved a plea in the Supreme Court on Friday, seeking restoration of all his legal remedies alleging his lawyers misled him.

The Supreme Court is likely to hear on Monday the plea of Mukesh, who has also sought quashing of all orders passed by courts and the rejection of his mercy petition by the President since the day his curative petition was dismissed by the apex court.

The plea, filed through advocate M L Sharma, sought a Central Bureau of Investigation probe into alleged 'criminal conspiracy' and 'fraud' hatched by the Centre, the Delhi government and advocate Vrinda Grover, who is the amicus curiae in the case.

'Petitioner (Mukesh) is victim of criminal conspiracy and fraud played and hatched jointly by the R-1 (Ministry of Home Affairs), R-2 (Delhi government) and R-3 (Vrinda Grover) and other advocate who appeared in the session court, high court and the Supreme Court in the petitioner's death warrant case.

'They compelled him to sign various papers under threat of session court order (which was never issued by the session court) stating that the court has directed her to secure various signed documents from him to file various petitions, including curative petition, on his behalf in the high court and the Supreme Court in his death sentence case,' the plea said.

It contended that the respondents 'knowingly and deliberately' for vested and political interests hatched a joint criminal conspiracy against Mukesh Singh and visited Tihar Jail and met the petitioner asking him to sign various documents.

The plea said they asked him to sign 'vakalatnamas' stating that the session court issued an order to get various documents signed by him to file curative petitions for him in all courts.

The petition claimed the limitation period to file a curative petition was three years from the date of dismissal of the review plea and sought to 'restore' the rights available to him and allow him to file curative and mercy petitions till July 2021.

A 23-year-old physiotherapy intern, who came to be known as 'Nirbhaya' (fearless), was gangraped and savagely assaulted in a moving bus in south Delhi on December 16, 2012. She died after a fortnight.

Six people, including the four convicts and a juvenile, were named as accused. Ram Singh, the sixth accused, allegedly committed suicide in Tihar Jail days after the trial began in the case. 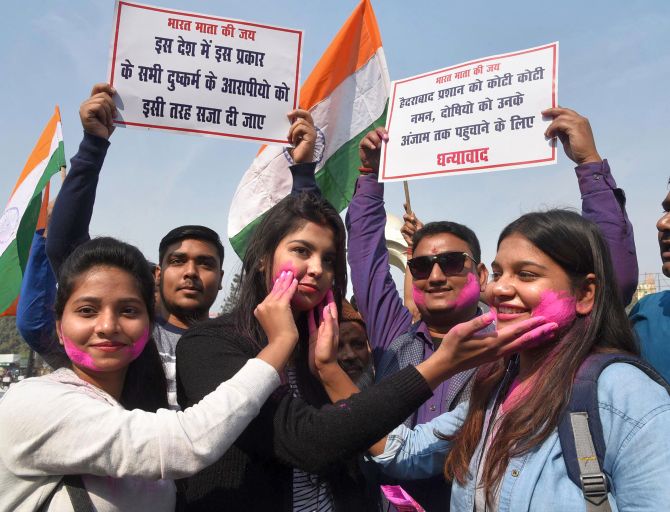