The National Investigation Agency on Sunday took suspended Mumbai Police officer Sachin Waze to the Mithi river in Mumbai and recovered a digital video recorder, CPUs, a laptop and two number plates with the help of divers, a police official said. The NIA is probing the cases of the recovery of an explosives-laden SUV found outside the south Mumbai residence of industrialist Mukesh Ambani last month and subsequent murder of businessman Mansukh Hiran, the purported owner of that vehicle.

During the search with the help of divers, the NIA also recovered routers, computer cartridges and other materials from the river, the official said.

The DVR was allegedly removed from the housing society in Thane where Waze lives.

The NIA team took Waze to the spot in Bandra Kurla Complex around 3 PM, the official said, adding that the search is still underway. 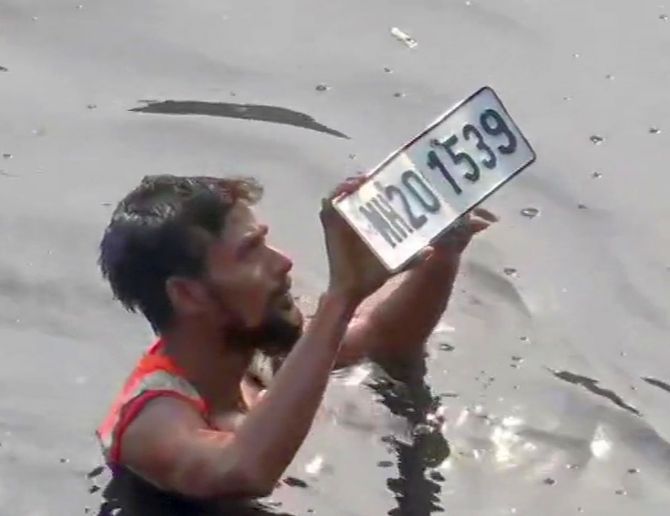 IMAGE: A diver shows a number plate recovered from the river. Photograph: ANI

"The NIA is taking the help of professional as well as local divers who know the Mithi river well. More evidences are likely to be recovered," he said.

It is suspected that Assistant Police Inspector Riyazuddin Kaazi had told the NIA during his interrogation that these evidences were thrown into the Mithi river. 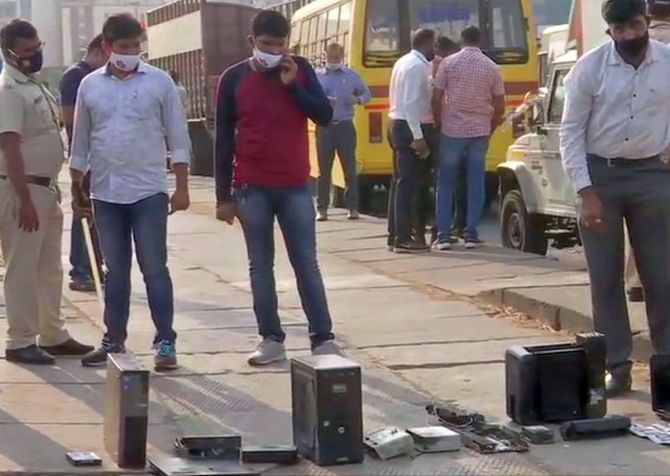 Kaazi, who is close to Waze, was questioned by the NIA multiple times in recent past.

It was Kaazi who allegedly took away the DVR from Waze's housing society on the latter's instructions.

The body of Hiran, a resident of Thane, was found in Mumbra creek on March 5. 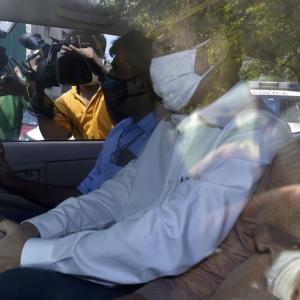 Being made a scapegoat: Sachin Waze tells court