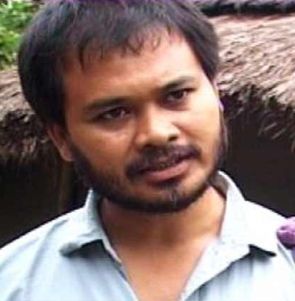 The National Investigation Agency on Thursday searched the residence of arrested Right to Information activist Akhil Gogoi in Guwahati, and seized several documents and a laptop computer, officials said.

The activist, who advises various farmer organisations, was arrested when Assam was witnessing widespread protests against the Citizenship (Amendment) Act.

Officials of the anti-terror force searched Gogoi's residence in Nizarapara area of Guwahati and also seized copies of his PAN card, a State Bank of India debit card, an Electoral Photo Identity Card (EPIC) and a bank passbook.

After the three-hour search that began at 7 am had concluded, Gogoi's wife Gitashree Tamuly showed a list of the seized items to reporters.

"They (NIA) wanted to see the files in our house and selectively took some of them. I asked them to give me copies of the seized files but they declined. I was also asked if Akhil had met militants when he was jailed earlier," Tamuly said.

The NIA team also asked for the documents relating to the Krishak Mukti Sangram Samiti (KMSS) orchid environment park in Kaziranga but she told them she had no information about them, Tamuly said.

The KMSS office in Gandhibasti area of the city was also raided and nine books, including one on the life of China's revolutionary leader Mao Zedong, Marxism, and KMSS leaflets were seized, KMSS president Raju Bora said.

The KMSS leader, whose NIA custody was to end on Friday, was brought from New Delhi and will be produced before a court in Guwahati.

While being taken to the NIA court, Gogoi only inquired about the well being of the waiting journalists.

The NIA has accused Gogoi of being involved in 'terror activities' and using the passage of the Citizenship (Amendment) Bill to promote enmity among different groups that was against national integration.

He has also been accused of having links with the banned ultra-Left outfit Communist Party of India-Maoist. 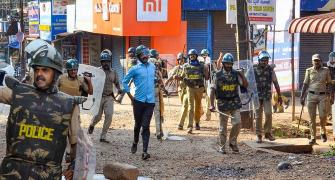