During the hearing, NIA Deputy SP Vikraman told the court that they wanted to thoroughly interrogate Merchant alias Tahir Taklya, an accused in the 1993 Mumbai blast case and a case regarding circulation of fake currency in Kerala in 2008.

The agency informed the court that Merchant was the main link in distributing fake currency notes for extremist activities in India, especially Kerala.

Earlier, Tahir, brought from Mumbai early on Friday, was produced before the special judge amidst heavy security.

The court directed that Tahir should be sent back to Arthur Road Jail in Mumbai, where he is currently lodged, after the NIA custody ends.

NIA also stated that the source of the fake currency notes, which had been circulated in Kerala in 2008, had been sourced to a Pakistani national Ibrahim Bai.

It said the fake currency were believed to have been printed in Pakistan and distributed to India via Abu Dhabi.

Tahir has been the main link in distributing the fake currency, it was stated.

Tahir, considered a close aide of Dawood Ibrahim and Tiger Memon, was working as manager of a carpet ship in Sharjah.

He was arrested by CBI following his deportation from Abu Dhabi in June 2010.

In the fake currency case, the Directorate of Revenue Intelligence had on Aug 16, 2008, seized counterfeit notes of 500 and 1000 denominations with a total face value of Rs 72.5

lakh from Mohammed Alshah, who arrived at Kozhikode airport from Ras al-Khaima.

Three of his accomplices who had come to receive him at the airport were also arrested. 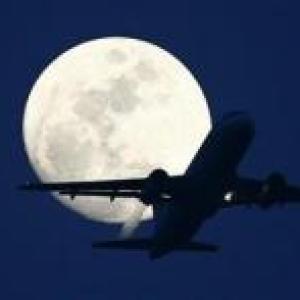