The National Investigation Agency has announced a cash reward of Rs 10 lakh for any information leading to the arrest of the accused in the twin blasts at Dilsukhnagar in Hyderabad on February 21, claiming lives of 17 persons and injuring over 100.

On the direction of Ministry of Home Affairs, the NIA had taken over the probe into the twin blasts case from the Andhra Pradesh police, and its Hyderabad branch had registered two FIRs on March 14 in connection with the case.

The information may be provided on email or by telephone call, by post or to the superintendent of police NIA, according to the agency's website. The identity of the informant will be kept confidential, the website mentioned.

After registration of the case, a Special Investigation Team was constituted by the NIA Director General, comprising officers of NIA and Andhra Pradesh police and the SIT started the investigation.

Two powerful Improvised Explosive Devices exploded near Konark and Venkatadiri theatres in Dilsukhnagar in Hyderabad on the evening of February 21, claiming 17 lives and injuring over 100 people.

Though, no one has been arrested in the twin blasts case, however, the NIA has questioned two suspected IM operatives, namely, Syed Maqbool and Imran Khan. It was also granted custody of another suspected Indian Mujahideen operative, Obaid-ur-Rehman, in connection with the Hyderabad blasts.

Earlier, the Andhra Pradesh government had announced a reward of Rs 10 lakh for those who give credible information leading to detection of the accused in the case. 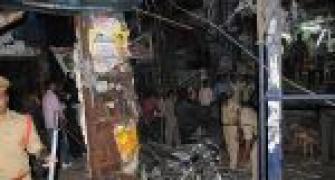 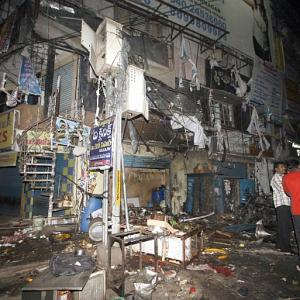