News
Business
Movies
Sports
Cricket
Get Ahead
Money Tips
Shopping
Sign in  |  Create a Rediffmail account
Rediff.com  » News » Next round of India-China boundary talks on Nov 29-30

Next round of India-China boundary talks on Nov 29-30

Source: PTI
November 23, 2010 18:02 IST
Ahead of Chinese Premier Wen Jiabao's visit to New Delhi next month, India and China will hold the 14th round of boundary talks in Beijing on November 29-30, the Chinese foreign ministry announced on Tuesday.

The Indian side would be led by National Security Adviser Shivshankar Menon while China's state councilor Dai Bingguo would head the Chinese delegation at the talks, said foreign ministry spokesman Hong Lei.

The last boundary talks were held in 2009 in New Delhi, where the two sides had agreed to push forward the framework of the dialogue process. The November 29-30 border negotiations come ahead of Wen's planned visit to India in mid-December.

China and India started discussing border issues in the 1980s. To maintain peace and stability along the border area, two agreements were inked in 1993 and 1996 respectively.

In 2003, the heads of the two countries designated special representatives for demarcation work. In 2005, China and India signed a political guideline on demarcation during Wen's visit to India.

The border issue was also discussed during Prime Minister Dr Manmohan Singh's meeting with Wen last month on the sidelines of the Association of Southeast Asian Nations summit in Hanoi.

On the boundary problem, both Singh and Wen said they looked forward to early resolution of the issue and asked their special representatives to deal with the subject with a sense of urgency. "Both mentioned the need to carry the process forward from guiding principles and political parameters signed in 2005. Both said they will ask special representatives to do so with a sense of urgency," Menon had said last month after the Singh-Wen meeting.

In the meantime, the two sides had agreed that pending the settlement, they would maintain peace and tranquility on the border. "They have given new impetus to the process, between special representatives and officials, to work through the issues and have given clear direction on how they want this to be handled," Menon had said.

India says China is illegally occupying 43,180 sq km of Jammu and Kashmir, including 5,180 sq km illegally ceded to it by Islamabad under the Sino-Pakistan boundary agreement in 1963. On the other hand, China accuses India of possessing some 90,000 sq km of its territory, mostly in Arunachal Pradesh. Is India America's buffer against China? 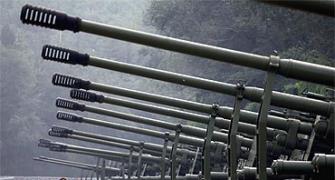 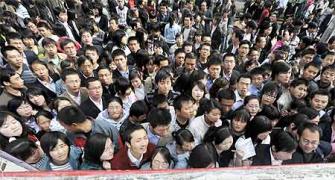 How India is undoing China's string of pearls