Next 4-6 months could be worst of COVID-19: Bill Gates

Microsoft co-founder Bill Gates, whose foundation has been part of the effort to develop and deliver COVID-19 vaccines, has warned that the next four to six months could be the worst of the coronavirus pandemic. 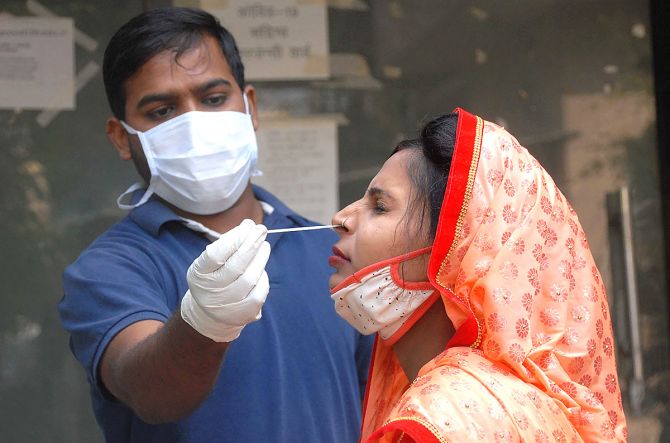 In recent weeks, the United States has been experiencing record high cases, deaths and hospitalisations.

"I thought the US would do a better job handling it," Gates, who in 2015 had warned the world of such a pandemic, said on Sunday.

"Sadly, the next four to six months could be the worst of the pandemic. The IHME (Institute for Health Metrics and Evaluation) forecast shows over 200,000 additional deaths.

"If we would follow the rules, in terms of wearing masks and not mixing, we could avoid a large percentage of those deaths," Gates, the co-chair of the Bill and Melinda Gates Foundation, told CNN.

"Overall, when I did the forecasts in 2015, I talked about the deaths potentially being higher. So, this virus could be more fatal than it is.

"We didn't get the worst-case. But the thing that has surprised me is that the economic impact in the US and around the world has been much greater than the forecasts that I made five years ago," he said.

Gates said that his foundation had been funding a lot of the research for the vaccines.

"We're very agile. We're a partner in a thing called CEPI, which is the second biggest funder after the US government," he said.

"So, in diagnostics, therapy and vaccines, we know where the science is, we know how the pieces need to come together in an urgent way.

"And so our expertise in infectious disease, which normally only relates to developing countries, applied to the entire world for this crisis," he added.

The US need to help all of humanity, Gates said when asked of the executive order signed by President Donald Trump which prioritises distribution of the vaccine to Americans before it goes to people in other countries.

"We want the world economy be going. We want to minimise the deaths. And, you know, the basic technology is a German company. And so blocking international sharing and cooperation has been disruptive and a mistake during this entire pandemic," he said.

"So, we need to ramp up the capacity of all the vaccines. There will be some additional ones approved in the months ahead that are easier to scale up the manufacturing.

"But the US has benefited from other countries' work care, and we shouldn't be entirely selfish in how we go forward," he added.

Responding to a question, Gates said that he will take the vaccine publicly as former US presidents, Bill Clinton, George Bush and Barack Obama, have said to increase the confidence of the people in the vaccine.

"I will do the same. When it's my turn -- I'm not going to budge, but when my turn comes up, I will visibly take the vaccine, because I think that it's a benefit to all people to not be transmitting," he said.

Gates said that access to the vaccine should be based on medical need, not wealth at all.

"After all, this epidemic has been awful in the way that it's exacerbated inequities. It's been worse for Hispanics, worse for blacks, worse for low-income service workers, multigenerational households, a number of things that mean that, in terms of picking who gets the vaccine, we better be using equity to drive all those decisions," he said.

Despite the availability of the vaccine, Gates said that the next four to six months really call on Americans to do their best.

"Because we can see that this will end, and you don't want somebody you love to be the last to die of coronavirus," he said.

"Certainly, mask-wearing has essentially no downside. They're not expensive. Bars and restaurants in most of the country will be closed as we go into this wave. And I think, sadly, that's appropriate.

"Depending on how severe it is, the decision about schools is much more complicated, because, there, the benefits are pretty high, the amount of transmission is not the same as in restaurants and bars," Gates said.

In response to another question, Gates said that the 'transition is complicating' the fight against coronavirus pandemic.

"But the new administration is willing to rely on actual experts, and not attack those experts. They're laying out clear plans. So, I think we will get through this in a positive way.

"I'm pleased with the people and the priority that the president-elect, Biden, and his team are bringing to bear on this problem," he said.

"Biden's doing his best to retain Francis Collins and Tony Fauci and add them to that strong group of people. These are people who are willing to admit when things aren't going well and deliver tough messages, particularly about the next four to six months.

"And so I do think the US will not be one of the worst performers as the team comes into office," Gates said.