Soon after taking the oath of office, the newly-sworn in Punjab Chief Minister Charanjit Singh Channi said his government is standing with farmers and will appeal to the Centre to withdraw the three farm laws. 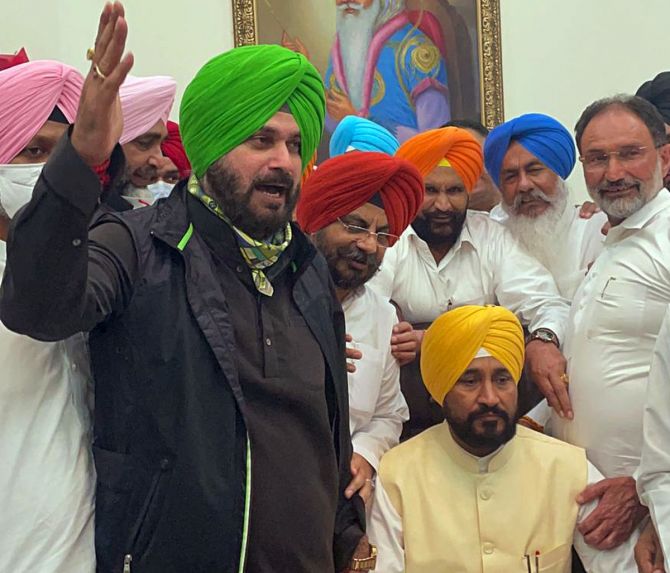 Channi also said his government will immediately waive the water and electricity bills of farmers.

"Punjab government stands with the farmers. We appeal to the Centre to withdraw the three farm laws...We will waive water and electricity bills of farmers," said the chief minister.

In his first interaction with media after taking the oath, the chief minister said he is representative of poor sections of society including daily wage labourers and farmers.

A seemingly emotional Channi said he comes from a poor family, and 'Congress has made a common man the chief minister'.

Thanking Congress high command for the decision to name him as the chief minister, he said, "Rahul Gandhi is a revolutionary leader. He read the mind of common people."

"Captain did a lot of good work for the people of Punjab. We will take his work forward," he said.

"The new government does not have any vendetta against anyone. We will work on all the agenda's proposed by the Congress party," stated Channi.

He added that the party is supreme, not the chief minister or the cabinet.

"The government will work as per the party's ideology."