A new lineage of the SARS-CoV-2 virus linked with high infectivity and immune escape mutation has been identified in India, but there is no evidence yet that it is driving the Covid surge either in the country or in West Bengal where it was located first, say scientists. 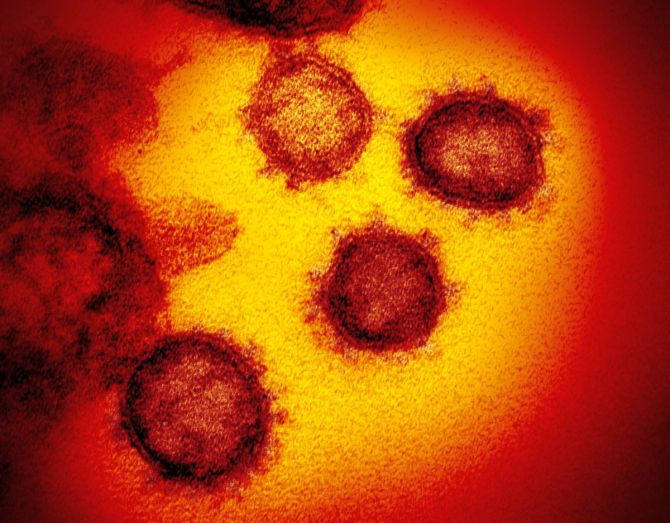 The new lineage called B.1.618 is distinct from the B.1.617, also known as the ‘double mutant' virus that contains two mutations, E484Q and L245R, and is believed to be behind the powerful second COVID-19 wave sweeping through India.

“There is no need for alarm. Standard public health measures are needed,” said Anurag Agrawal, director of the CSIR-Institute of Genomic and Integrative Biology in New Delhi. He described B.1.618 as a ‘lineage of interest’ and said it is being investigated.

B.1.618 is a new lineage of SARS-CoV-2 predominantly found in India and characterised by a distinct set of genetic variants including E484K, a major immune escape variant, Vinod Scaria, a researcher at CSIR-IGIB, explained in a lengthy Twitter thread earlier this week.

E484K has been found in variants first identified in South Africa and Brazil, which scientists say is of particular concern as it helps the virus slip past the body's immune defenses. B.1.168 also carries the D614G mutation in the spike protein and has earlier been linked to increased infectivity.

The spike protein enables the virus to infect human cells.

The lineage was first isolated in India on October 25, 2020 and most recently on March 29, according to variant tracker ‘outbreak.info' run by US-based Scripps Research.

Sounding a note of caution while also trying to quell panic as India on Thursday reported 3.14 lakh new infections, scientists here stressed on the need for more research and the dogged continuance of Covid appropriate behaviour.

“The new lineage is a combination of mutations that impart the properties of immune escape as well as more infectivity at individual mutation levels,” said virologist Upasana Ray, from Kolkata's CSIR-Indian Institute of Chemical Biology.

“This lineage is a combination of multiple mutations -- deletions of amino acid tyrosine and histidine at positions 145 and 146 of the spike protein, mutation E484K that has been reported earlier to be contributing towards escape from immune response and D614G which was linked to increased infectivity,” she explained.

However, the role of the deletion mutations is not well understood as of now, Ray said, adding that the collective role of all these mutations together is not well characterised.

The initial sequences in the B.1.618 lineage were found in West Bengal. However, members of this lineage are also found in other parts of the world but do not have the full complement of variants as found in India.

“There are many unknowns for this lineage at this moment including its capability to cause reinfections as well as vaccine breakthrough infections. Additional experimental data is also required to assess the efficacy of vaccines against this variant,” he said.

At the moment, Scaria stressed, there is no conclusive evidence that the lineage is behind the epidemic in West Bengal. More focused epidemiological investigations will address these questions, he said.

“Although many samples from West Bengal belongs to the lineage B.1.618, to connect this lineage with the rise in the cases of infections in West Bengal, more detailed sampling and investigation is required,” Ray added.

Samiran Panda, head of Epidemiology and Communicable Diseases at the Indian Council of Medical Research , said mutations are known to happen while viruses proliferate in number. Some of these mutants offer survival advantage to the virus while others don't.

“What is important to understand from the public health perspective is that the new mutants, as well as the old circulating strains, get transmitted by the same route of transmission,” sad Panda.

“Therefore, time tested proven prevention strategies should be strictly adhered to such as correct and consistent use of face mask, maintaining hand hygiene, maintaining physical distancing, and avoidance of mass gatherings should be adhered to,” he added.

According to Panda, the transmission of these mutants will also be interrupted efficiently if these prevention measures are followed appropriately by 80 per cent or more of the people in the community.

Making a distinction between lineages, strains, and variants, Agrawal said, “Technically there is only one strain here -- nCOV19 or SARS CoV-2. Lineage is in context of ancestry from the original. Variant is a broad way of saying the same thing.”

Ray noted that a virus mutates continuously. Technically, when that happens, the changed form, with respect to the parent form, is called a mutant.

“Based on the number and characteristics of the mutations, terms like lineages, variants and strains are used. We use the term strain when a variant displays distinct physical properties or behaves differently than the parent form,” Ray said.

A strain can also be described as a variant that became dominant in the population, she added.

Agarwal had earlier said that in India, different areas have different variants that are dominant.

For example, he said, in Punjab and surrounding areas, the B.1.1.7 UK variant is common. In Maharashtra and Gujarat, the B.1.167 variant is dominant.

Similarly, in southern India, the N440K mutation is more dominant, although it does not have a variant name yet.

“All variants are starting to be seen across India also. The most common strains are the normal ones. Only in few states, variants are dominant and that too different in different parts,” Agrawal said. 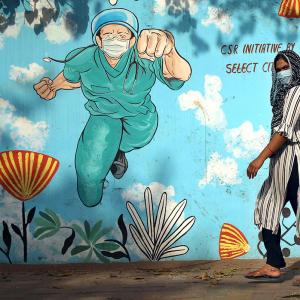 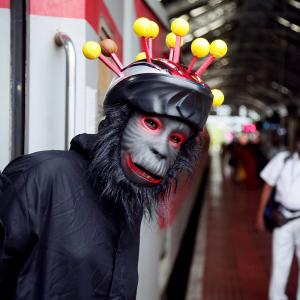