'Never dreamed of it': Indian who became American at Trump event

A software developer from India, who was sworn-in as an American at a ceremony presided over by President Donald Trump in the White House, says she was unaware that the event was being broadcast during the Republican National Convention and "never dreamed" something like this would happen, a media report said. 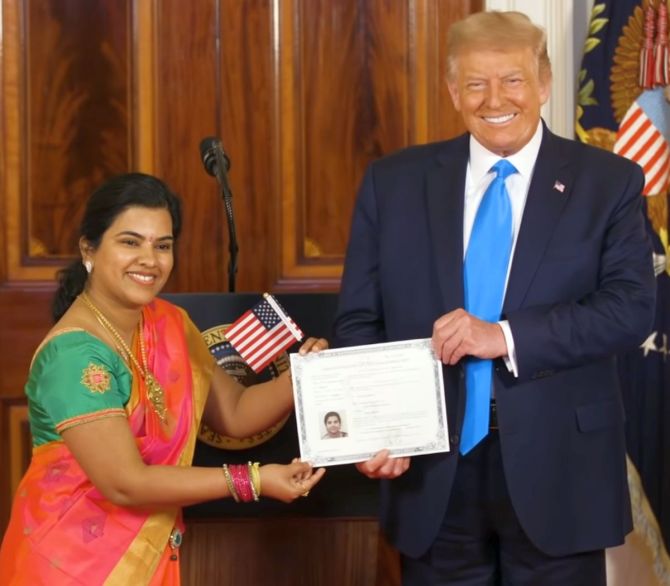 Sudha Sundari Narayanan, 35, said the immigrants sworn-in at the White House had not been told that the naturalisation ceremony was broadcast during the convention on Tuesday, The New York Times reported.

“I was surprised and shocked and excited,” Narayanan said.

Narayanan said she did not have an opinion about Trump's immigration policies and added that she found out that the ceremony aired during the Republican Convention “only when an excited friend called her later that night and told her she was on television,” the report said.

"I never dreamed that something like this would happen. I'm just a very simple girl trying to get my family running,” Narayanan is quoted as saying in the report.

She says the event with the President “was very warm and welcoming. I told him it was such an honour to meet him.”

The report said that Narayanan came to the United States in 2007 with her husband, who came on a student visa.

She came to the US on an F2 visa that allows spouses and dependents of foreign students studying at American colleges to temporarily stay in the United States, the report said.

Narayanan has two US-born children and she obtained lawful permanent residency in 2013.

She said she took her citizenship test and had her required interview just a week before she received a call about the ceremony at the White House, the NYT report added.

Trump presided over the naturalisation ceremony at the White House where Narayanan and four immigrants from Bolivia, Lebanon, Sudan and Ghana were sworn-in as US citizens.

During the ceremony, Trump said Narayanan is a “phenomenal success", born in India, who came to the United States 13 years ago.

“Sudha is a talented software developer and she and her husband are raising two beautiful, wonderful children ‘the apples of your life'. Thank you very much and congratulations. Fantastic job,” the President said.
Trump handed Narayanan, who was wearing a bright coral pink sari, her Certificate of Citizenship.

Former Secretary of State Hillary Clinton slammed Trump for presiding over the naturalisation ceremony during the Republican National Convention, saying it was "like watching a fox bless a henhouse”.

“Watching him preside over a naturalization ceremony last night was like watching a fox bless a henhouse,” Clinton tweeted Wednesday.

The report quoted White House officials as saying that the ceremony was taped on Tuesday afternoon and publicly made available on the White House website.

“A White House spokeswoman said the president's re-election campaign had simply decided to use it once it was on the website,” the report said.

The report said that Trump's willingness to “use the trappings of presidential power during a campaign convention was a striking departure from previous presidents, who avoided so blatantly blurring the lines between official actions and political activity."

It said Trump's decision to preside over the naturalisation ceremony appeared aimed at suburbanites, people of colour and women "put off by his usually strident talk".

“Several expressed frustration with what they described as a politicised event,” the report said. 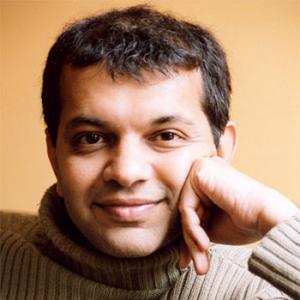