A special NDPS court in Mumbai on Wednesday permitted actor Rhea Chakraborty, an accused in a drugs case related to actor Sushant Singh Rajput's death, to travel to Abu Dhabi for four days to attend the IIFA awards show. 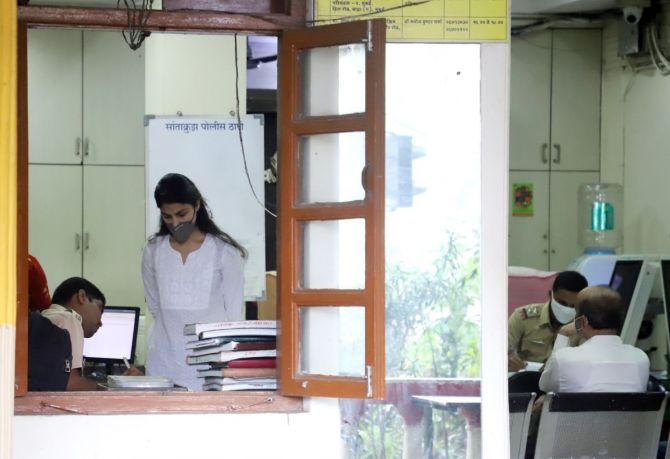 Special judge A A Joglekar directed the Narcotics Control Bureau, the prosecuting agency, to hand over Chakraborty's passport to her, and permitted her to travel to Abu Dhabi from June 2 to 5.

The court, while imposing a slew of conditions on Chakraborty, said she shall appear before the Indian embassy in Abu Dhabi daily to mark her attendance, submit her itinerary to the NCB and re-surrender her passport to the NCB once she returns to India.

"The applicant is also directed to furnish additional cash security of Rs 1 lakh with the registry of this court," the special court said in its order.

Chakraborty's advocate Nikhil Maneshinde told the court that the actor has been invited by the International Indian Film Academy's director to walk the green carpet, present an award and also host an interaction.

The criminal prosecution has affected Chakraborty's acting career and she has suffered setbacks and faced significant financial losses. Such opportunities are important for her prospects in the industry, Maneshinde said.

Chakraborty was arrested in the case in September 2020. She was granted bail by the Bombay high court almost a month after her arrest.

Besides Rhea Chakraborty, her brother Showik Chakraborty and several others are also arraigned as accused in the case for alleged consumption, possession and financing of drugs. Most of them are out on bail.

The NCB has been probing the alleged drug use in Bollywood and television industry following the death of actor Sushant Singh Rajput in June 2020.

The CBI is probing the case pertaining to his death.