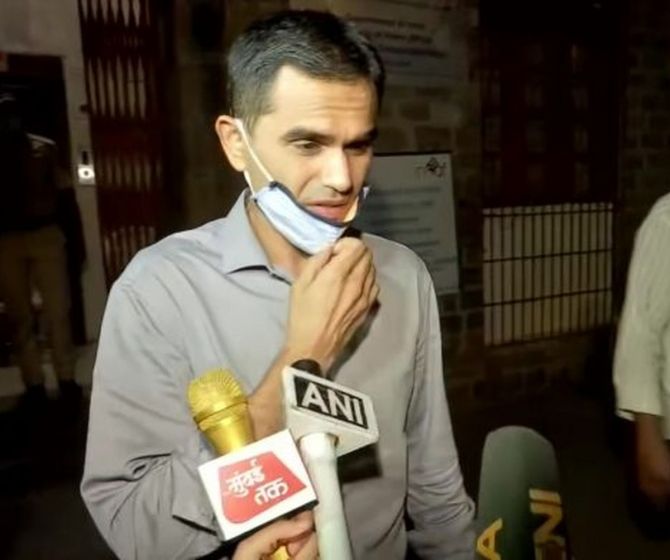 In his single-page letter addressed to Police Commissioner Hemant Nagrale, Wankhede, who is at the centre of controversy surround the arrest of actor Shah Rukh Khan's son Aryan Khan in a drugs case, stated he came to know that some "precipitate" legal action for falsely implicating him is being planned by unknown persons in relation to the alleged vigilance related issue in NCB Cr. N. 94/2021.

Without taking names, Wankhede, an IRS officer of the 2008 batch, claimed the threat of jail and dismissal have been issued against him on public media by highly respectable public functionaries.

He requested the police commissioner to ensure that no such precipitate legal action is carried out to frame him falsely with ulterior motives.