The National Conference suffered a major setback in Jammu as two prominent leaders Devender Rana and Surjit Singh Slathia resigned from the party on Sunday. 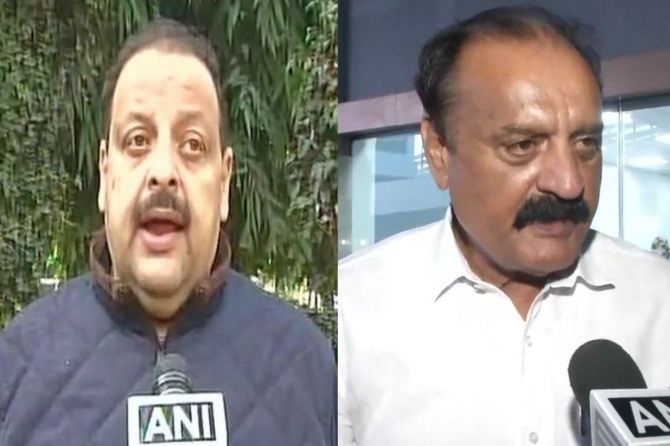 They are likely to join the Bharatiya Janata Party in Delhi on Monday.

Rana, who was the NC's provincial president of the Jammu region, announced the decision to quit the party during a brief interaction with media persons outside his house in Jammu, ending over week-long speculation about him leaving his party and joining the Bharatiya Janata Party.

“I along with (senior party colleague and former minister) S S Slathia resigned from the basic membership of the National Conference,” he told reporters.

Rana, a former MLA and younger brother of Union minister Jitendra Singh, had taken over the post of provincial president of the NC in 2011 after relinquishing his office as political advisor to the then chief minister Omar Abdullah.

“Now the voice of J-K will come from Jammu which should get its rightful place,” Rana, who was considered as the backbone of the National Conference in Jammu province, said.

He said his political philosophy would be based on the proposed ‘Jammu declaration'.

Rana said his only concern is the interests of Jammu and the wishes and aspirations of the people of the region.

The ‘Jammu declaration' is an attempt in this direction where people from all walks of life including political parties need to come together, he added.

Rana had proposed the 'Jammu declaration' on January 30, a charter to forge unity and reinforce trust between diverse communities and divergent regions of Jammu and Kashmir.

“The core of the declaration will be to engage the people in inter-region and intra-regional dialogue to bridge the fault-lines being created by divisive forces on the basis of region and religion,” Rana had said.

Asked whether his leaving the National Conference is a big loss for the party, he said people come and go and so the resignation of the two leaders would have no impact on it as the NC is a “very big” party.

After proposing the Jammu declaration, Rana had said the BJP was the only party which gave a 'big response' to it.

Meanwhile, the NC nominated senior leader Rattan Lal Gupta as provincial president of Jammu till elections for the post are held on October 16.

"Party general secretary Ali Muhammad Sagar has issued a notification regarding elections for the post of provincial presidents for Jammu and the Valley to be held on 16th October," the spokesman said. 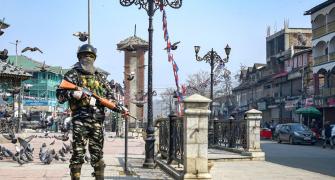 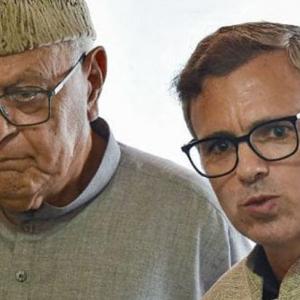