A group of armed Naxalites allegedly killed a middle-aged former Sarpanch from Gadchiroli district, for being a police informer, police said on Monday.

About 20-25 Naxalites dragged the former Sarpanch Malliya Gawde, from his house in Kurupalli, Sironcha taluka, yesterday around 9:30 pm and attacked him with axe and called villagers to inform them that Gawade was a police informer, they said.

The Maoists later ordered villagers to return to their houses and axed him to death, police said. Gawade, also former chairman of Tanta Mukti Samiti (committee to end local disputes at village level) was basically a farmer in the village, police said. 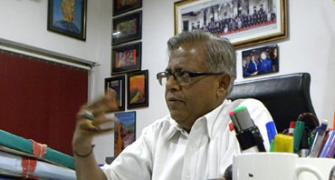 'Road mines and ambushes cause us most casualties'

Ahead of polls, Naxals fire at cops in Gadchiroli