To chalk out a cohesive strategy to counter the Maoist violence, the government has convened a meeting of chief ministers of Naxal-affected states on July 14 which is expected to be addressed by Prime Minister Manmohan Singh. The day-long meeting of the chief ministers of Jharkhand, Chhattisgarh, Orissa, West Bengal, Maharashtra, Andhra Pradesh and Bihar will take stock of the situation arising out of the recent Maoists violence and will fine tune a fresh strategy being worked out to curb the menace.

The plan to redeploy the paramilitary forces engaged in anti-Naxal operations and development schemes undertaken under the aegis of the Planning Commission are expected to be discussed threadbare. Home Minister P Chidambaram will brief the chief ministers about the government's plans, seek their suggestions and discuss how to go about it. The prime minister, who had described the Naxal menace as a grave threat to internal security, is likely to address the chief ministers and

hear their views on the issue.

The meeting comes in the wake of a spurt in Naxal attacks. The ultras have killed at least 100 policemen in Chhattisgarh since April and derailed an express train in West Bengal that claimed the lives of nearly 150 people. The government has been maintaining that accelerated development and calibrated police action are the two pillars of its anti-Naxal policy. Chidambaram had said that on both fronts, the primary responsibility rests with the state governments though the Centre will offer all help.

According to an estimate, about 40,000 sq km area in Naxal-affected states is under Maoist control. Naxal violence has claimed the lives of over 10,000 civilians and security personnel in the last five years. Out of a total of 10,268 casualties between 2005 and May 2010, 2,372 deaths have been reported in 2009 as against 1,769 in 2008 and 1,737 in 2007. Besides, Naxals targeted 362 telephone towers, many school buildings, roads, culverts etc. in 2009 alone.
Source: PTI© Copyright 2020 PTI. All rights reserved. Republication or redistribution of PTI content, including by framing or similar means, is expressly prohibited without the prior written consent.
Related News: Chidambaram, West Bengal, Naxal, Manmohan Singh, Planning Commission
SHARE THIS STORY
Print this article
West Bengal Higher Secondary Result on SMS
Chidambaram ticks off Pak foreign minister 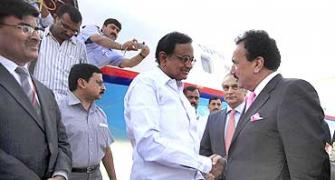 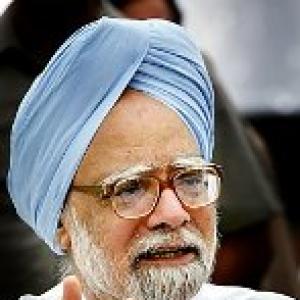