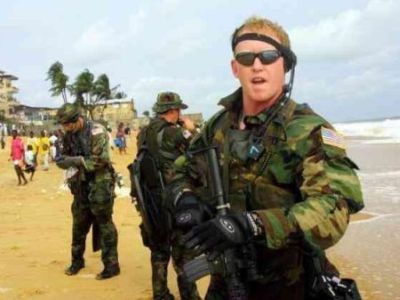 An ex-Navy SEAL, who claims to have shot Osama bin Laden, has slammed a controversial new article on the 2011 raid as "full of lies" and asserted that Pakistani officials were not taken into confidence for the fear that they would tip off the Al-Qaeda chief.

Robert O'Neill, the ex-commando who took credit for firing the deadly shots that killed the Al-Qaeda leader during the covert US raid into Pakistan, was scathing in his response to the new London Review of Books article by investigative reporter Seymour Hersh.

"When I was first sent this article, I thought it was a joke. This thing is so ludicrous; it's almost an insult to the word ludicrous," O'Neill told Fox News.

O'Neill defended his first-person account of the operation as detailed in the TV special, "The Man Who Killed Osama bin Laden," which aired on the news network last year.

O'Neill said, "The story that I read ... from Hersh is full of lies; the story that our president put out is the truth. Everything that we said we did, we did."

"This story, it took me a long time to read it because I had to put it down. I couldn't read the nonsense," he said on Monday after Hersh made the sensational claims.

Hersh, winner of the 1970 Pulitzer Prize for international reporting, has accused the White House of not being truthful about the May 2, 2011, raid on bin Laden's compound in Abbottabad, Pakistan.

In his article, Hersh claims that an official with Pakistan's Inter-Services Intelligence agency in 2010 tipped off the CIA to bin Laden's location for a USD 25 million reward and that top Pakistani military leaders were informed of the clandestine American mission to capture or kill him within the country.

O'Neill, a highly decorated combat veteran who served with United States Naval Special Warfare Development Group known as SEAL Team 6, agreed that senior Pakistani officials likely knew of bin Laden's whereabouts but did not agree with Hersh's account of the raid and vehemently rejected the idea that ISI agents participated in the mission.

Asked if there were any agents involved in the raid, O'Neill said, "No, absolutely not. We didn't tell anyone we were doing that. We couldn't. It's a funny place over there, Pakistan...there are certain parts of the government and military that don't really like us and we thought that if we told them we were coming in, they were going to tip him (Osama)."

"They probably knew he was there -- they're going to tell him and he's not going to be there when we get there. So we did this completely unilaterally," he said.

O'Neill said he wished Hersh contacted him before writing his story.

"I think his story would change a little bit because talking like that in person can be different," he said. "It's one of those things. I watched the whole thing happen. I was there. I know it. I saw it happen."