'Searchers may have located tail of crashed AirAsia plane' 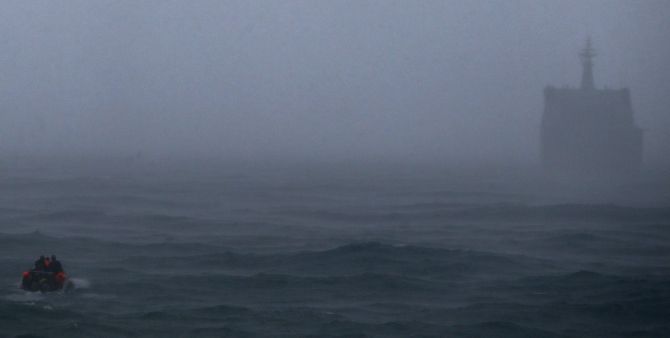 Indonesian searchers on Monday said they may have found what could be the tail of the crashed AirAsia flight QZ8501, the section where the crucial black boxes are located, even as calmer waters led to the recovery of three more bodies of people on board the ill-fated plane.

"We found what has a high probability of being the tail of the plane," Yayan Sofyan, the captain of an Indonesian patrol vessel, said. However, the Indonesian search and rescue agency is yet to confirm the discovery.

Flight recorders are very crucial for solving the mystery of the crash of the Airbus 320-200 on December 28 in the Java Sea while flying from Surabaya to Singapore.

The development came as Indonesian navy divers took advantage of calmer waters on Monday to resume efforts to identify suspected wreckage from the jet with no signal detected yet from the black box recorders.

This ship has a very specific mission. On board is a pinger locator that needs to be delivered to a vessel stationed in Sector 4 of the search zone. Three more bodies were found early today, bringing the total found so far to 37 of the 162 people on board, as ships and aircraft seeking debris and bodies from the plane widened their search area, Metro News reported.

The bodies were retrieved from an area where most of the plane parts were discovered. More aircraft debris, including seats, has also been found. The searchers would continue to focus on finding more bodies and recovering the black box in the priority area mapped out by the authorities for the search.

The rescue teams expanded search eastward to locate large objects of the plane believed to be on the ocean floor.

Indonesia's National Search and Rescue director of operations Suryadi B Supriyadi said that at least five ships with equipment that can detect the pings of the plane's black boxes have been deployed to the area.
"If it cannot be done by divers, we will use sophisticated equipment with capabilities of tracking underwater objects and then will lift them up," he said. Five large objects belonging to the crashed jet were retrieved from the Java Sea yesterday. But rescuers battled bad weather in their efforts to reach the fuselage believed to contain the remaining victims.

Divers are on standby, and heavy equipment will be deployed to lift wreckage should ‘all efforts fail’, said Bambang Soelistyo, Head of Indonesia’s Search and Rescue Agency (Basarnas).

There are 229 experts from 27 institutions assisting in the identification process. The police said it has collected DNA samples of 146 of 162 people on board the ill-fated plane.

Meanwhile, AirAsia's Group CEO Tony Fernandes has reacted to media reports about the airline's another plane having run into engine trouble while trying to take off on a domestic flight from Surabaya to Bandung.

"Silly headlines in Malaysia. Airasia Indonesia aircraft did not have a stalled engine," Fernandes tweeted today. Media reports said Flight 7633 was taxiing in preparation to take off on Saturday but the one of the power units on the plane failed.

Image: A group of divers in a boat (left) travel toward the KRI Banda Aceh ship during the search operation for passengers onboard AirAsia Flight QZ8501 in the Java Sea. Photographer: Beawiharta/Reuters 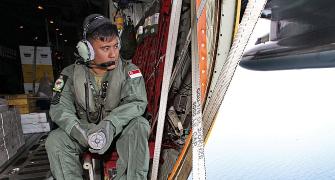 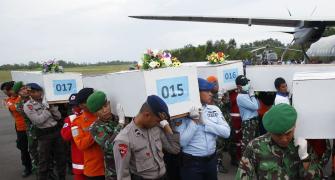 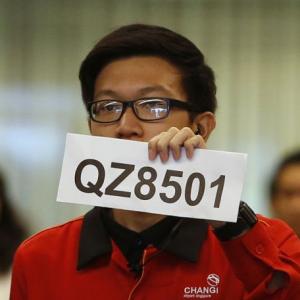 Was AirAsia at fault? Crashed plane did not get weather reports