Shiv Sena MP Sanjay Raut has claimed that independent Lok Sabha member Navneet Rana received a loan of Rs 80 lakh from film financier and builder Yusuf Lakdawala, who was arrested in a money laundering case by the Enforcement Directorate. 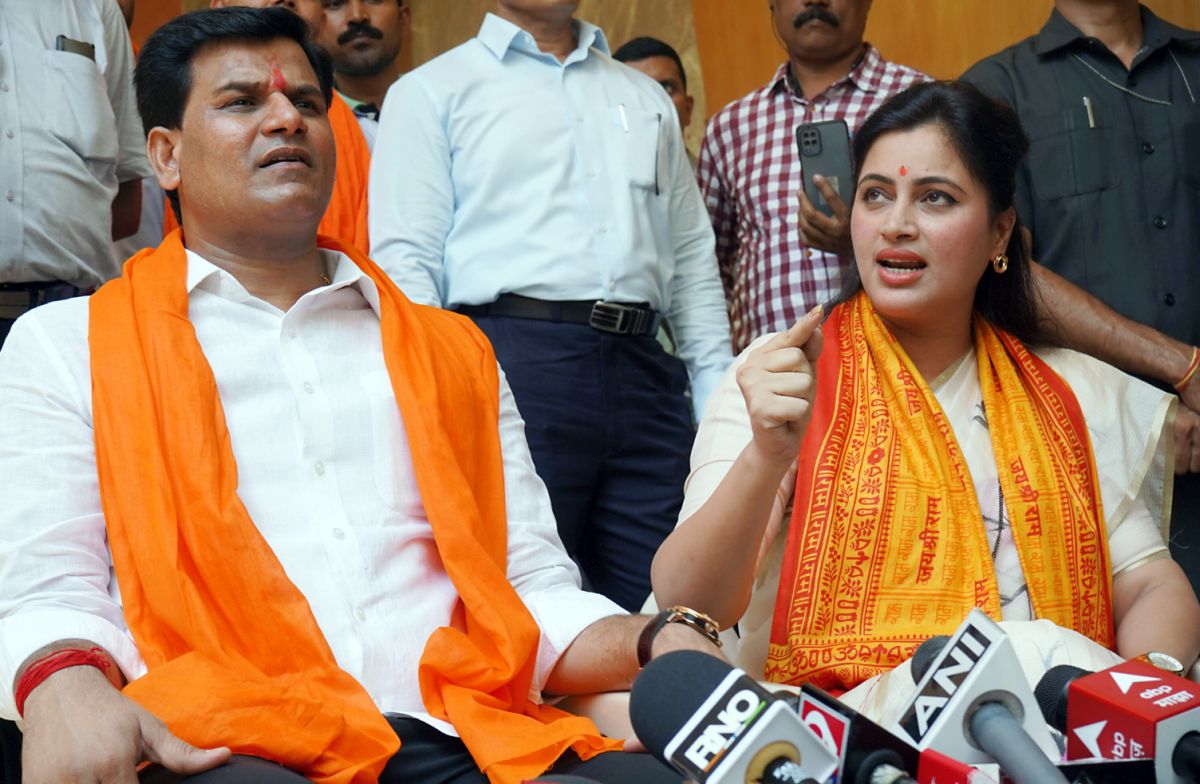 Lakdawala, who died at the Arthur Road jail here in September 2021, had connection with the "D gang" (fugitive gangster Dawood Ibrahim's gang), Raut claimed, asking when would the ED probe this aspect.

Talking to reporters on Wednesday, Raut also wondered whether there was an "underworld connection" to the political row over recitation of the Hanuman Chalisa, just like the 1993 Mumbai serial blasts.

He claimed the BJP was trying to save Navneet Rana, who was arrested by the Mumbai police on Saturday along with her MLA husband Ravi Rana after the couple had announced that they would recite the Hanuman Chalisa outside Maharashtra Chief Minister Uddhav Thackeray's private residence 'Matoshree' in Bandra.

The Ranas eventually dropped their plan, but were arrested for various offenses under the Indian Penal Code including sedition and 'promoting enmity between different groups.'

On Wednesday, Raut in another tweet said, "Underworld connection. Lakdawala was arrested by the ED in a Rs 200 crore money laundering case and died in the lock-up. Yusuf's illegal money is now in Rana's account. When will ED serve tea to Rana? Why is the D-Gang being saved? Why is the BJP quiet?"

On Tuesday night, Raut had also tweeted a photo, purportedly of a financial statement of Navneet Rana, a former actor who is now MP from Amravati in eastern Maharashtra, showing the loan of Rs 80 lakh from Lakdawala.

"All the front men of Dawood Ibrahim are together?" Kamboj asked, tagging Raut.