Prior to 2011, the company was in dire straits. But recent financial results show its fortunes are on the mend, reports N Sundaresha Subramanian. 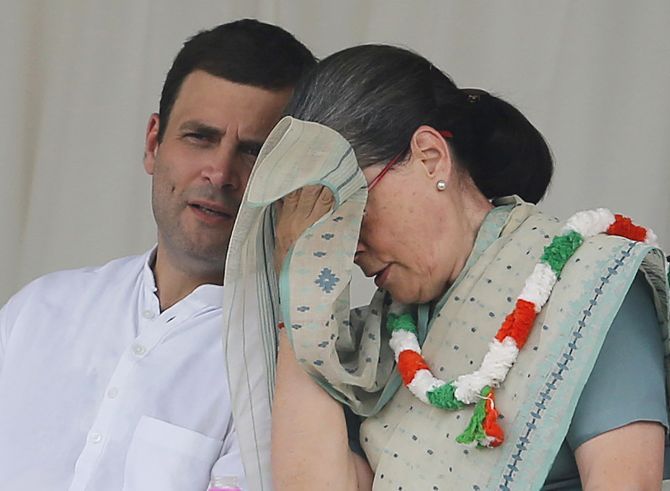 Under Sonia Gandhi and Rahul Gandhi, The Associated Journals has morphed from a company that was bleeding crores into one that is making profit, filings with the Registrar of Companies show. While the profits are helping it write down the losses it had accumulated over time, the company is also investing significantly in construction-related activities that could potentially increase its revenue prospects, filings show.

It has reported profit before tax and extraordinary items in each of the three financial years that followed its takeover by Young Indian, a not-for-profit controlled by Congress leaders Sonia Gandhi, Rahul Gandhi, Motilal Vora and Oscar Fernandes.

The Associated Journals is at the centre of a raging national political debate. After the Delhi high court ruled that Sonia Gandhi and Rahul Gandhi will have to appear in person in court over a plea filed by Bharatiya Janata Party member Subramanian Swamy, the Congress has raised the political temperature in the country and called the move political vendetta. The BJP-led government, meanwhile, has said it is a court order and it has no role to play in the whole affair.

Sometime between November 2010 and January 2011, Young Indian took over the accumulated liabilities of Rs 90 crore on the books of The Associated Journals and was in turn allotted shares amounting to nearly 99 per cent in the company. Swamy moved court in 2012, alleging that the transaction was unfair on the 1,000-odd original shareholders of the company who were reduced to a minority following the deal and were hence deprived of their rightful share in the real estate assets of the company. According to Swamy, these assets were worth Rs 1,600 crore, three years ago. The value has since increased to Rs 2,000 crore, say his supporters.

Prior to the takeover, The Associated Journals was in dire straits. In the financial year ended March 2008, the year its flagship, National Herald, was last published, it booked a loss of Rs 5.96 crore, up almost six times from Rs 1.01 crore in the previous year. The spike was caused largely by the Rs 3.33 crore irrecoverable rent and other past expenses the company chose to write off that year.

Much of that has changed now. Barring 2012-13, when it reported a net loss of Rs 4.65 crore after writing off exceptional items of over Rs 10.59 crore, the company booked net profits in two of the last three financial years for which records are available. In 2011-12, a year after the ownership changes, it booked a profit of Rs 2.22 crore. In 2013-14, the last year it has reported its numbers for, The Associated Journals clocked a net profit of Rs 7.95 crore.

A part of this rental income is from the Passport Seva kendra operated by Tata Consultancy Services in Herald House in New Delhi from where the National Herald used to be published. Interest on fixed deposits showed a steep fall to Rs 59,638 in 2013-14 from Rs 14.10 lakh in the previous year, suggesting some of these might have been redeemed.

Contractual payments and civic charges such as water and property tax clubbed under miscellaneous expenses totalled Rs 84 lakh, up from Rs 68.77 lakh in 2012-13. Interest cost of Rs 2.48 crore was by far the biggest expenditure but it was capitalised under capital work in progress.

Total fixed assets on The Associated Journals’ books were Rs 1.71 crore at the end of 2013-14 -- nowhere close to the thousands of crores that Swamy says these are worth. According to the notes to accounts in the annual report, “fixed assets are stated at cost, less accumulated depreciation.” An e-mail sent to the company elicited no response.

The company reported capital work in progress in four locations: Mumbai, Panchkula, Patna and Lucknow. Mumbai had the highest closing balance at Rs 36.35 crore, followed by Panchkula (Rs 14.8 crore) and Lucknow (Rs 11.94 crore). Patna’s construction expenses stood at a modest Rs 20.19 lakh and did not see any addition in the year. Filings showed that the Mumbai land in Bandra was allotted by the government in 1983.

The company also noted an ongoing dispute with one Vishnu Goyal based in Indore over land and publication. “Relating to (the) land at Indore, the company had revoked in earlier years the general power of attorney issued in favour of Vishnu Goyal for publication of National Herald by him from Indore. The matter is sub judice before the Hon’ble Supreme Court of India…”

The turnaround in The Associated Journals’ fortunes shows that it’s not just political acumen, the Gandhi family also has a head for business. 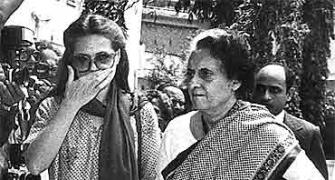 Herald case: Rahul, Sonia to appear in court on December 19 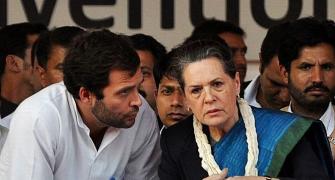 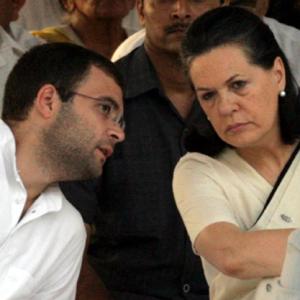