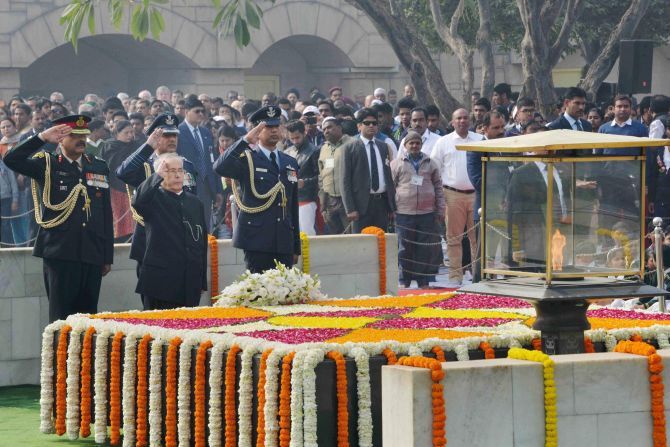 The nation remembered Mahatma Gandhi on his 68th death anniversary on Saturday with President Pranab Mukherjee and Prime Minister Narendra Modi leading the country in paying homage to the Father of the Nation. 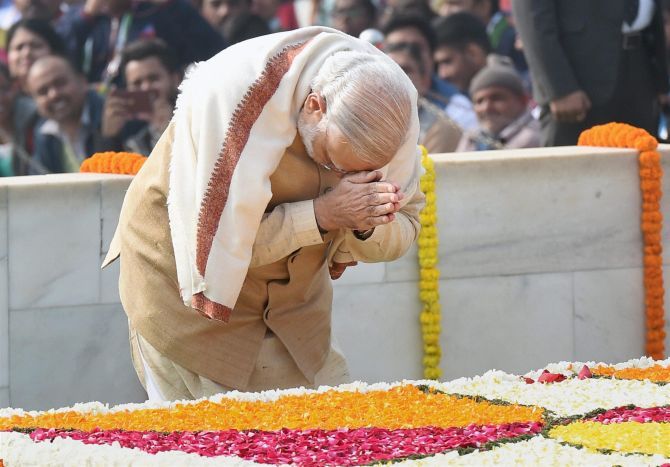 Defence Minister Manohar Parrikar and Urban Development minister M Venkaiah Naidu were among those who paid homage to the Father of the Nation at Rajghat, where an inter-religion prayer was held. 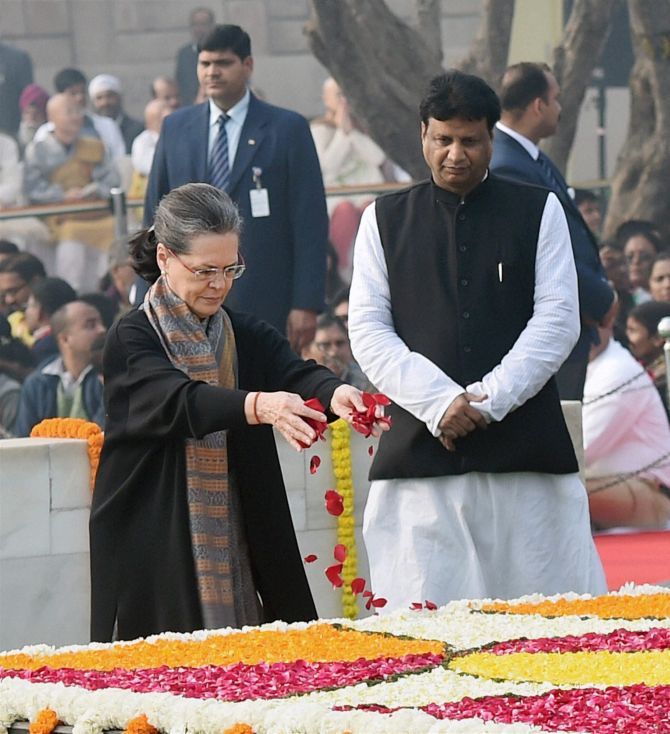 While the Congress chief, along with Dikshit, left soon after paying tributes, Azad stayed back as several other eminent persons came to pay their respects. Former prime minister Manmohan Singh also visited the memorial.

Remembering Mahatma on his death anniversary, Modi tweeted, ‘Salutations to beloved Bapu on his Punya Tithi.’

The prime minister also paid tributes to all those who have laid down their lives for the country.

‘Remembering the valour of all martyrs who gave their lives for the Nation. Their sacrifices remain etched in our memory,’ he said in a tweet. 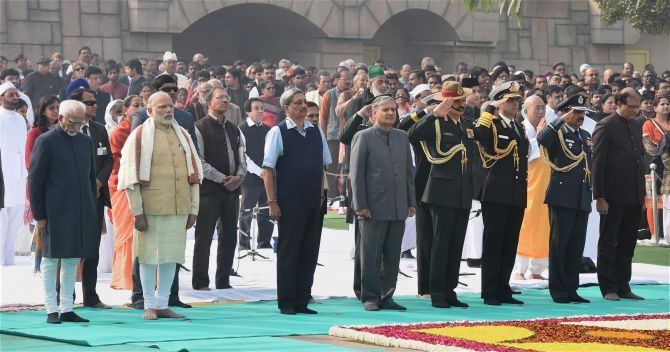 Tributes were also paid to those who sacrificed their lives for the country on the occasion of Martyrs’ Day. 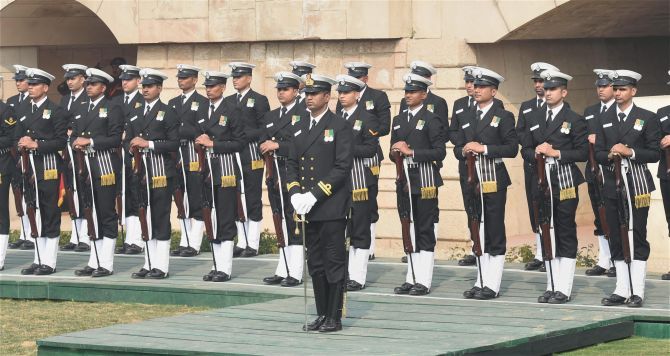 At Rajghat, a gun salute was given and a group of singers sang devotional songs as school students and people from different walks of life gathered there to pay respect to the Mahatma.