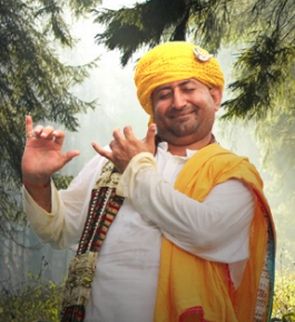 Self-styled godman Asaram's son Narayan Sai, accused of sexually assaulting a city-based woman at his ashram here, was remanded in police custody till December 11 by a local court on Thursday night.

District government pleader had sought Sai's custodial remand for various reasons, including to find out the truth behind complaint of sexual assault against him. The police also wanted his remand regarding a CD that has been obtained during the course of the investigation.

Sai had allegedly faked notary signature to get a court document issued against his name for which his custodial remand is necessary, the police had said. Sai was brought to the city in the morning after he was arrested by Delhi police from Delhi-Haryana border on Thursday  along with his two aides after giving his SUV a hot chase near Kurukshetra.

In the afternoon, his medical check-up was also done. A magisterial court in Rohini had yesterday granted 24-hour transit remand of Sai and two others, PSO Kaushal Thakur alias Hanuman, 29, and driver Ramesh Malhotra, 27, to the Gujarat police.

In her complaint, the younger of the two sisters had accused Sai of repeated sexual assaults between 2002 and 2005 when she was living at the Surat ashram.