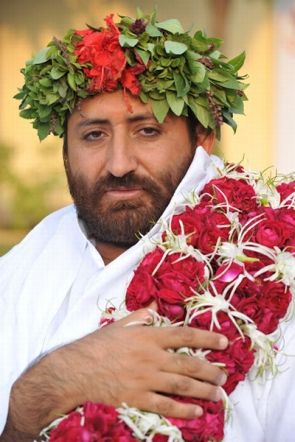 Controversial self-styled godman Asaram Bapu's son Narayan Sai has "more or less" accepted the rape allegations levelled against him by a woman, police claimed in Surat on Wednesday.

"During our intense questioning, Sai has more or less accepted the rape allegations levelled against him by one of the two (Surat-based) sisters," Surat Commissioner of Police Rakesh Asthana told mediapersons.

Sai has also revealed to police during interrogation that he had physical relationships with eight of his female disciples, he said.

"It has also come to light that he fathered a child with one of his sevikas (disciples)," Asthana said.

Sai was subjected to joint interrogation by police along with the complainant, the official said, adding intense quizzing was carried out to find out how he evaded arrest for 58 days and who helped him when he was absconding.

Police said that Sai was also interrogated in the presence of his estranged wife.

Sai was sent in police custody till today on December 5 by a local court.

Asthana said though Sai's remand gets over on Wednesday, his further police custody will be sought for interrogation and gathering evidence against him and he will be produced in the court later in the day.

Sai was brought to city on December 4 after he was arrested by Delhi Police from Delhi-Haryana border a day before along with his two aides after a car chase.

In her complaint, the younger of the two had accused Sai of repeated sexual assault between 2002 and 2005 when she was living at the Surat ashram.

The complaint against Asaram, which was initially lodged at Surat's Jehangirpura police station, was transferred to Ahmedabad's Chandkheda police station as the alleged incident took place there.