Dalit writer and activist Kancha Ilaiah on Monday sought to put a lid on the controversy over sociologist Ashis Nandy' remarks on Scheduled Castes and Scheduled Tribes, saying it was "a bad statement with good intentions".

"Professor Ashis Nandy made a bad statement with good intentions. As far as I know, he was never against reservation. The controversy should end here," Ilaiah said in a statement.

Nandy had kicked up a storm at the Jaipur Literature Festival on Saturday with his remarks that "most of the corrupt come from the Other Backward Classes, SCs and STs", drawing the ire of many prominent figures, including Bahujan Samaj Party chief Mayawati.

An FIR was also lodged against him following his statement.

Nandy had later issued a clarification, saying he was trying to make the point that corruption among Dalits was noticeable, while that of the upper-classes was not.

Speaking in Nandy' defence, Ilaiah said that his statement was unfortunately worded and blamed the upper-caste for indulging in more corruption.

"How do we interpret (the statement) is the issue. In my opinion, he missed out saying that upper castes have always been corrupt. They built a corrupt society and Dalits are entering (that society) only now," Ilaiah told reporters.

The Dalit writer praised Mayawati, saying, "She is a living icon of Dalits. I never met her but have respect for the courageous leader."

Ilaiah, who heads a research centre at the Maulana Azad National Urdu University, Hyderabad, is the author of Why I am Not a Hindu and God as Political Philosopher: Buddha's Challenge to Brahminism.

Ilaiah, who was also part of a session at the literature festival, launched his first work of fiction, Untouchable God. 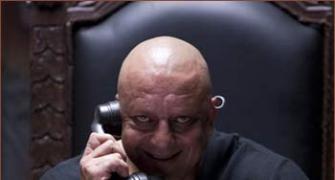 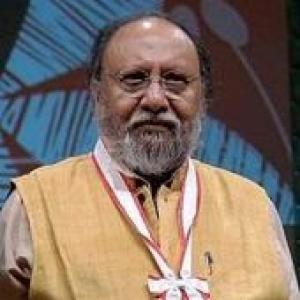 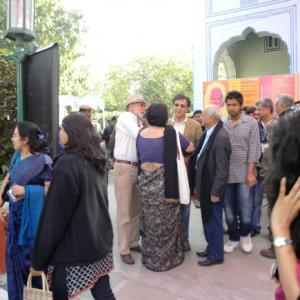