Famous Gujarati delicacy 'khaman' has made its way into the menu of the high tea to be offered to United States President Donald Trump and First Lady Melania during their brief visit to Sabarmati Ashram in Ahmedabad on Monday.

Apart from khaman, the VVIPs from the US and their delegation will be offered broccoli and corn samosa, apple pie, kaju katli and a variety of teas to choose from, said chef Suresh Khanna of Ahmedabad's Fortune Landmark Hotel.

Khanna, a celebrity chef, has been given the task of preparing food for Trump and his delegation during their visit to the Sabarmati Ashram on Monday afternoon.

"Tomorrow is an important day for all of us at Fortune Landmark Hotel. We have prepared a high tea menu for them. Khaman is a famous Gujarati delicacy. We will prepare light steam khaman for Donald Trump," Khanna told reporters in Ahmedabad.

"Other items include apple pie, broccoli and corn samosa, kaju katli and different types of tea, such as green and lemon tea," he added.

The popular chef has prepared food for visiting foreign dignitaries in the past too.

Khanna is a winner of National Culinary Award in 1990.

"It is a great pleasure to cook for US President and Prime Minister Modi ji. We have a whole team working on the menu which has been ordered by the government.

"We have planned to steam the food items and boil them. We will go easy on the spices," Khanna told ANI.

Trump, after his arrival in Ahmedabad from Washington on Monday afternoon, will visit the Ashram, also known as Gandhi Ashram, with Prime Minister Narendra Modi.

Ashram trustees have informed the media that Trump and Modi would spend around 15 minutes there before proceeding to the 'Namaste Trump' event at Motera Stadium.

Trump would leave for Agra at around 3.30 pm. 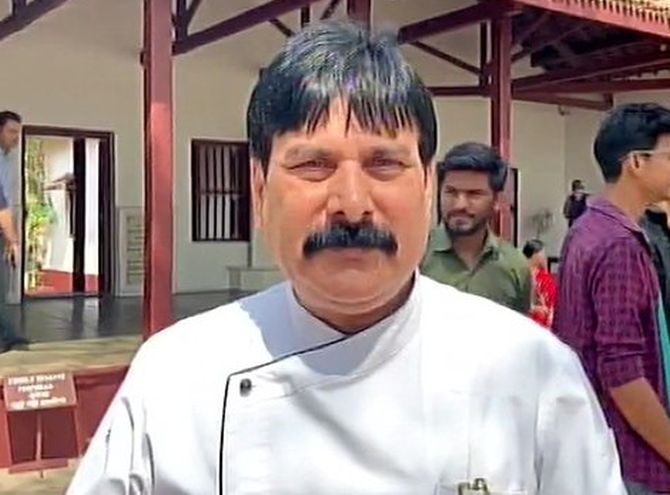