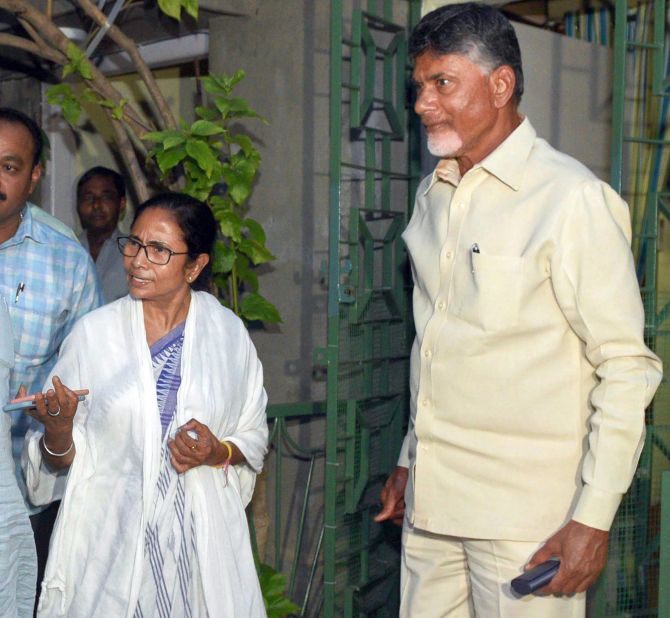 Naidu, who reached from Amaravati, held a 45-minute-long meeting with Banerjee on the future strategies of the "Mahagatbandhan" (Grand Alliance), the highly-placed sources said.

The meeting also discussed possibilities of forming a non-BJP government including regional parties with the support of the Congress, they said.

"It was decided at today's meeting that a detailed discussion will be held among other political players of the Mahagatbandhan in the event of a hung verdict after the poll results are declared on May 23, the sources said.

The decision on Banerjee going to New Delhi would also be taken after May 23, the sources said.

Naidu, who is making efforts to bring together opposition leaders against the BJP, left for New Delhi after the meeting.

Samajwadi Party chief Akhilesh Yadav telephoned Banerjee during the day and discussed the proposed strategy of the "Mahagathbandhan", the sources said. 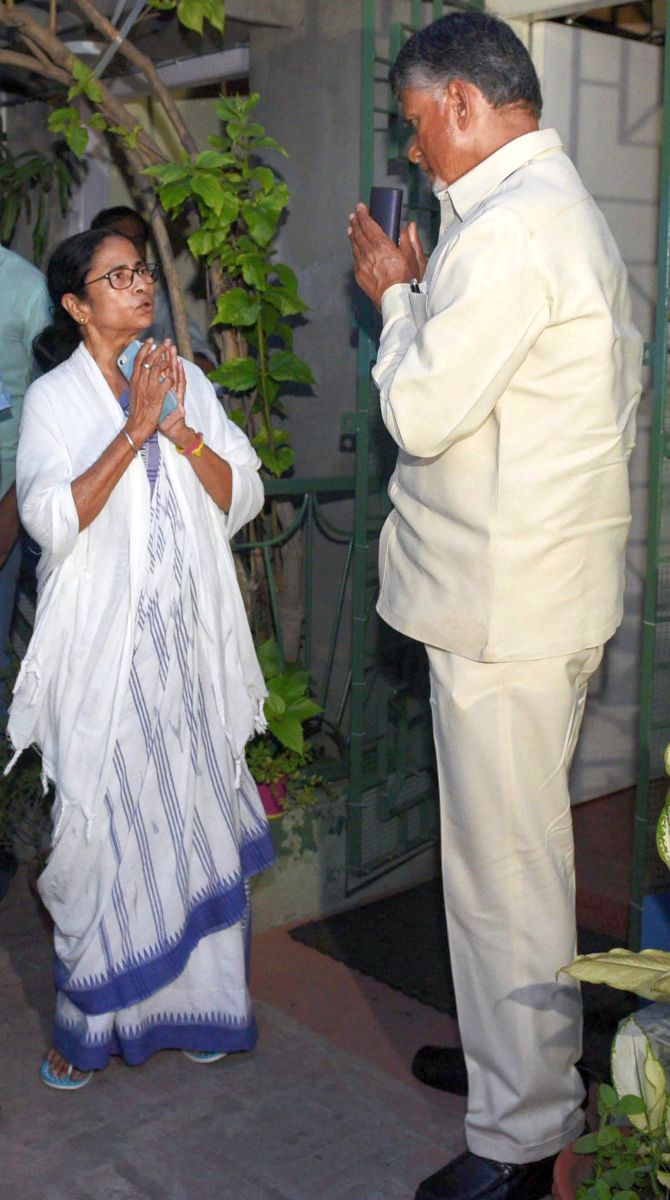 On Saturday he had met Bahujan Samaj Party chief Mayawati and Yadav.

During his meeting with Banerjee, the TDP chief spoke about the meetings, the TMC sources said.

The exit polls gave a clear verdict in favour of the BJP, which was promptly dubbed by Banerjee as "gossip".

The TMC supremo had said that she does not trust such surveys as the "game plan" is to use them for "manipulation" of EVMs. 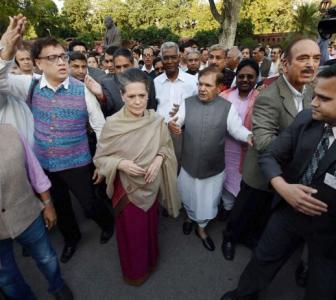 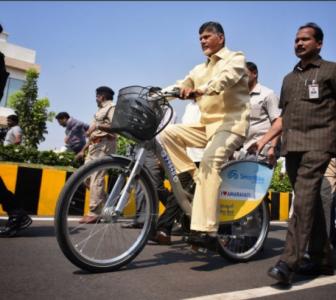 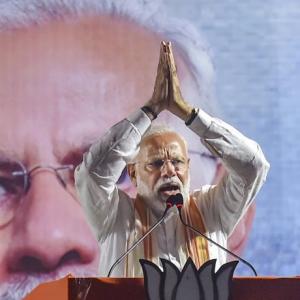