The Supreme Court has stayed criminal proceedings against 30 members of the 21 Para Special Force, including a Major, in connection with the alleged botched Army operation in Oting-Tiru area of Nagaland's Mon district in 2021 that claimed lives of 13 civilians. 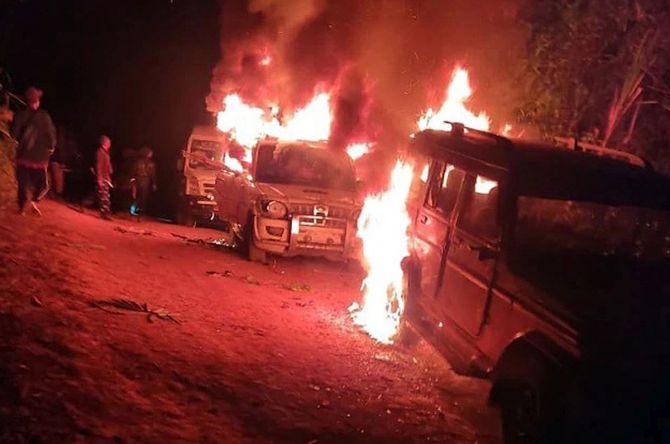 A bench of Justices Indira Banerjee and V Ramasubramanian noted that previous sanction as required under Section 6 of the Armed Forces (Special 4 Powers) Act, 1958 has not been obtained.

The top court also issued notices to the Centre, Nagaland government and others on two pleas filed by the wives of Army officers named in the case.

The petitions sought quashing of the FIR lodged by the Nagaland Police and the findings of an SIT set up by the state government.

The Nagaland Police had charge sheeted at least 30 members of the 21 Para Special Force in the case.

The charge-sheet has slapped charges of murder and culpable homicide not amounting to murder on the team of soldiers.

The case was re-registered by the State Crime Police Station on December 5 against unknown persons of the Indian Army under various sections of the IPC and investigation handed over to a Special Investigation Team.

A case under various sections of the IPC has been made out against 30 members of the operations team of 21 Para Special Force including two subedars, eight havildars, four naiks, six lance naiks and nine paratroopers, he said.

The state DGP had said that the CID report seeking sanction for prosecution was forwarded to the Department of Military Affairs in the first week of April this year and a reminder sent in May.

The sanction for prosecution is still awaited, he had said.

The charge-sheet has been filed, pending sanction for prosecution against the 30 accused, he had said.

The investigation has revealed that the Alpha team of the 21 Para Special Force consisting of 31 personnel led by a Major launched an operation in Oting Tiru Area on December 3, 2021, based on intelligence inputs on the presence of a group of National Socialist Council of Nagaland (Khaplang) (Yung Aung) (NSCN-K(YA) and United Liberation Front of Asom cadres in the area, he had said.

On December 4, 2021 at around 4:20 PM the operation team of 21 Para Special Force who had laid an ambush at Longkhao between Upper Tiru and Oting Village opened fire at a white Bolero pick up vehicle which was carrying eight civilians belonging to Oting Village, most of whom were working as labourers in coal mines at Tiru without ensuring positive identification or challenging them, he said.

Investigation has revealed that the Special Force Operation team had not followed the Standard Operating Procedure and the Rules of Engagement and resorted to indiscriminate and disproportionate firing leading to immediate killing of the six occupants of the vehicle on the spot and grievously injuring two persons, the state DGP had said. 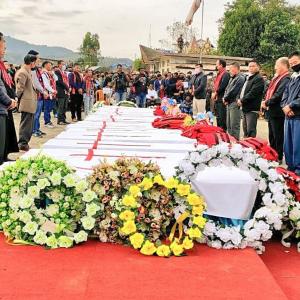