Nagaland Police has chargesheeted at least 30 members of the 21 Para Special Force including a Major, in the December 4, 2021 botched army operations in Oting-Tiru area of Mon district when at least 13 civilians died. 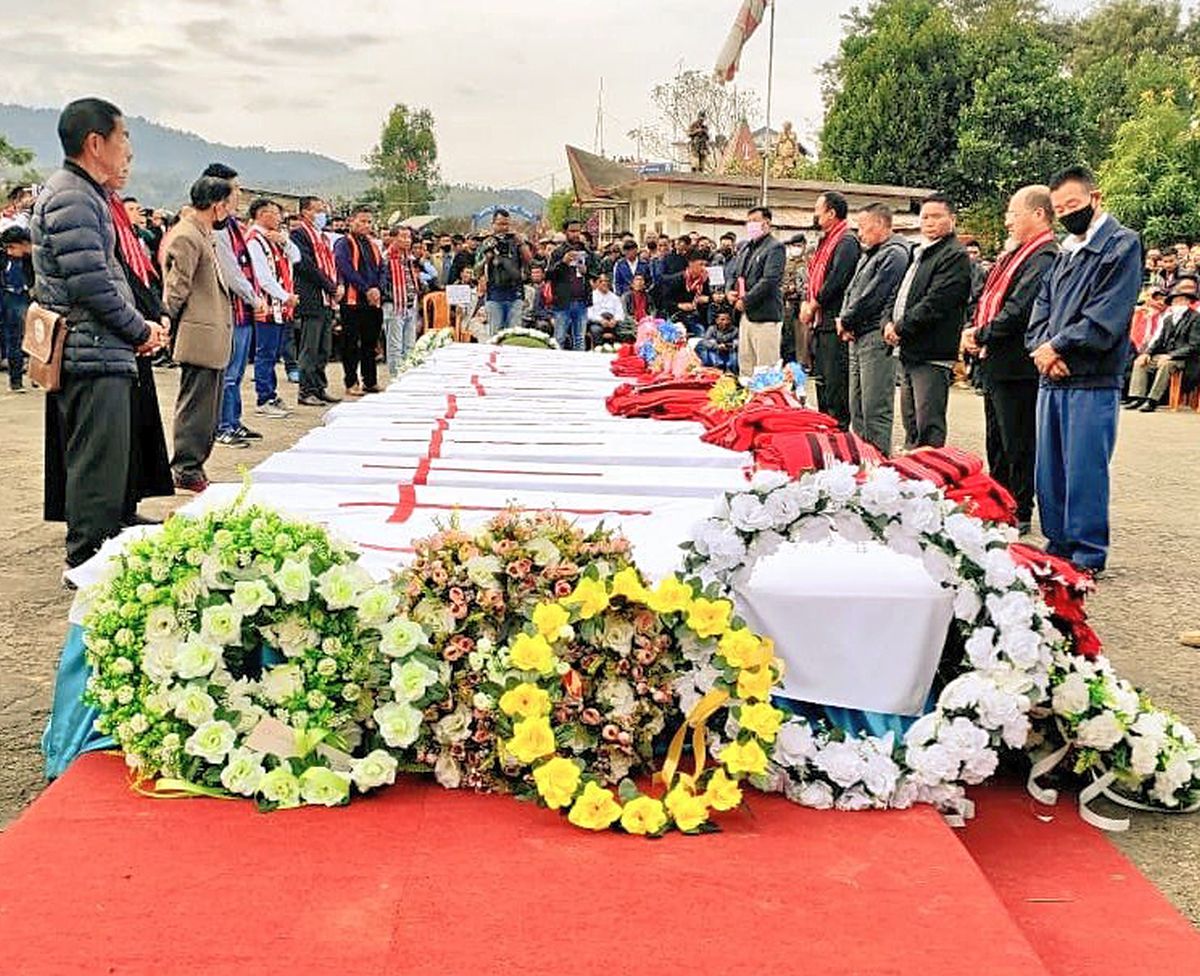 IMAGE: Nagaland Minister for Health and Family Welfare S Pangnyu Phom and other dignitaries laid a wreath at the mortal remains of the civilians allegedly killed during an Assam Rifles' anti-insurgency operation in Mon district. Photograph: ANI Photo

The chargesheet has slapped charges of murder and culpable homicide not amounting to murder under on the team of soldiers.

The probe which preceded the charge sheet has found that the Special Force Operation team had not followed the Standard Operating Procedure and Rules of Engagement and had resorted to indiscriminate and disproportionate firing leading to immediate death of six civilians and grievous injury to two more.

Addressing a press conference at Chumoukedima Police Complex on Saturday, Director General of Police, Nagaland, T John Longkumer said that the Tizit Police Station case related to the Oting incident where civilians were killed in an ambush laid for militants as a result of mistaken identity on December 4, 2021.

The case was re-registered by State Crime Police Station on December 5 against unknown persons of the Indian Army under sections 302, 304 and 34 IPC and investigation handed over to a Special Investigation Team.

"A professional and thorough investigation was carried out by the SIT" in this case, he said adding that various evidences including relevant important documents from various authorities and sources, scientific opinions from Central Forensic Science Laboratory Guwahati, Hyderabad and Chandigarh and technical evidences from National Institute of Electronics & Information Technology were collected during the course of investigation.

The DGP said the probe was complete and the charge-sheet was submitted to the District and Sessions Court, Mon on May 30, 2022 through Assistant Public Prosecutor.

A case under various sections of the IPC has been made out against thirty members of the operations team of 21 Para Special Force including a Major, two Subedar, eight Havildars, four Naiks, six lance naiks and nine paratroopers, he said.

Accordingly, the DGP said that the CID report seeking sanction for prosecution was forwarded to the Department of Military Affairs in the first week of April this year and a reminder sent in May.

The sanction for prosecution is still awaited, he said.

Meanwhile, the charge-sheet has been filed, pending sanction for prosecution against the 30 accused, he said.

Investigation has revealed that Alpha team of 21 Para Special Force consisting of 31 personnel led by a Major launched an operation in Oting Tiru Area on December 3, 2021, based on intelligence inputs on the presence of a group of National Socialist Council of Nagaland (Khaplang) (Yung Aung) (NSCN-K(YA) and United Liberation Front of Asom (ULFA) cadres in the area, he said.

On December 4, 2021 at around 4:20PM the operation team of 21 Para Special Force who had laid an ambush at Longkhao between Upper Tiru and Oting Village opened fire at a White Bolero pick up vehicle which was carrying eight civilians belonging to Oting Village, most of whom were working as labourers in coal mines at Tiru without ensuring positive identification or challenging them, he said.

Investigation has revealed that the Special Force Operation team had not followed the Standard Operating Procedure and the Rules of Engagement and resorted to indiscriminate and disproportionate firing leading to immediate killing of the six occupants of the vehicle on the spot and grievously injuring 2 persons, he said.

The DGP said that when the villagers of Oting and Tiru reached the incident spot in search of the missing villagers and the Bolero pick up vehicle at around 8PM, they turned violent on discovering the dead bodies and a scuffle ensued between the villagers and members of 21 Para Special Force.

One Paratrooper succumbed to injuries and 14 personnel from 21 Para Special Force team sustained injuries, as a result of the scuffle, he said.

This led the Major to order firing at around 10 PM and the operation team started to break contact, he said. In the second incident seven of the villagers were gunned down by the special force.

A separate FIR in was registered by Tiru PS on December 11, 2021 under section 326, 435, 302, 307 and 34 IPC and under section 25(1A) Arms Act against unknown persons who caused the death of one paratrooper and assault on other personnel of the 21 Para Security Force and loss of government property, based on complaint filed by 21 Para SF, the DGP said.

The incident led to a major law and order situation in Mon town the next day with an angry mob resorting to vandalizing public places and also attacking an Assam Rifles post, with a civilian being killed in retaliatory firing.

It also gave rise to demand for removal of Armed Forces Special Powers Act from Nagaland with civil societies conducting several protest rallies across the State in December. 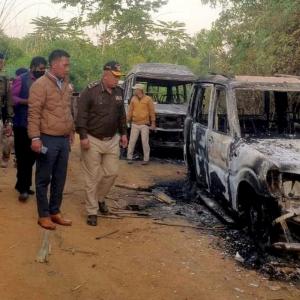