A fresh row erupted on the eve of polling in Delhi after the son of Aam Aadmi Party's West Delhi candidate Balbir Singh Jakhar on Saturday claimed that he paid Rs 6 crore to chief minister Arvind Kejriwal to contest the Lok Sabha polls, but Jakhar denied it saying his son was lying and that they had estranged ties. 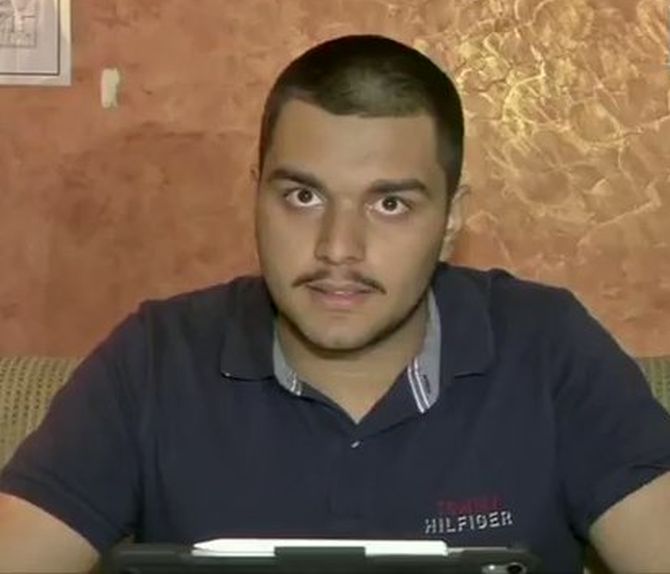 Jakhar's son Uday claimed he had "credible evidence" to support his allegations and that he had chosen to speak out with it because of his "conscience".

"An amateur politician getting a ticket was surprising at first. I brought it upon my conscience to question this. When I asked my father for assistance to pay for my education, he was unable to do so. He resisted and said he was going to use the money for his own political benefit," he claimed.

Uday also claimed that his father was willing to pay the bail money for Yashpal Singh and Congress leader Sajjan Kumar, both convicts in cases related to the 1984 anti-Sikh riots.

Singh was handed capital punishment while Kumar was sentenced to life imprisonment for their roles in the anti-Sikh pogrom in the aftermath of former prime minister India Gandhi's assassination.

However, Jakhar, in a press conference, denied the allegations, saying his son was lying and he had never stayed with him.

He said after his divorce, his son stayed with his maternal grandparents and the allegations might be "politically motivated".

Jakhar said the custody of his son was with his first wife. He said he last talked to his son in December 2018, so his claim that he told him that he has given Rs 6 crore for the West Delhi ticket is false.

He refused to comment on his son's claim on 1984 riots, saying he would answer everything on Monday when the 48-hour-long silence period prior to polling is lifted. He said the AAP would soon respond to all the allegations with proofs.

Delhi deputy chief minister Manish Sisodia in a separate press conference backed Jakhar and said he is not in touch with his son from the first marriage.

"Ten hours before the polls, a press conference is done by someone...This is being done so that a headline can be run 'AAP's ticket for six crore?' So that this headline can be given, the BJP has used the opportunity. The candidate is saying he did not buy any ticket and the party is saying they have not sold any ticket," Sisodia said.

Meanwhile, the BJP sought an explantation from Kejriwal on the matter.

"It is a very serious allegation and a response must be given by Kejriwal. On Jakhar's support to anti-Sikh riots convicts, Kejriwal should also respond to it. The AAP's corruption has been exposed and its true character has been revealed," senior BJP leader Prakash Javadekar said at a press conference.

Delhi BJP chief Manoj Tiwari, who was present at the press conference, demanded that adequate security should be provided to Jakhar's son.

As soon as Jakhar's press conference was about to start, three policemen entered the AAP headquarters at ITO and told AAP functionaries to stop the event, but they did not pay heed. After this, the cops tried to video record the proceedings but they were not allowed inside and the door was shut.

A senior police officer said they came to know about the press conference, following which they went to the premises to caution AAP functionaries that they cannot hold a press conference during the 48-hour silence period prior to polling as it is a violation of the model code of conduct.

The officer said they have informed the Election Commission (EC) about the developments.

Delhi poll body is likely to direct the police to register an FIR against Jakhar, official sources said.

Asserting that there was no violation of the poll code, the party said it had covered its symbol and had made no appeal to vote but just gave a clarification.

The AAP also contended that the police should have brought an official order from the EC that the press conference cannot take place. 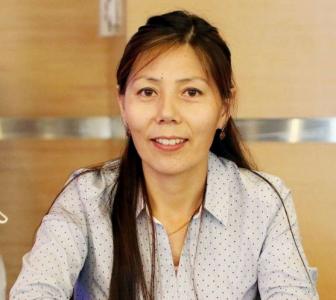 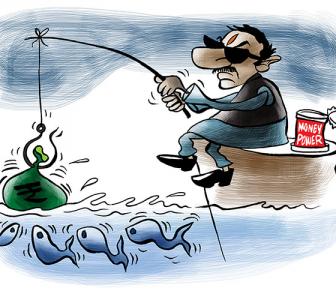 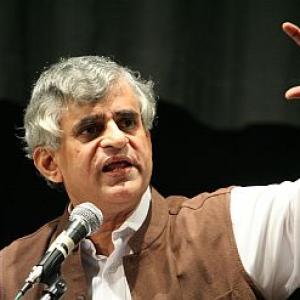