2 Muslim youths thrashed, paraded by cow protection group in UP 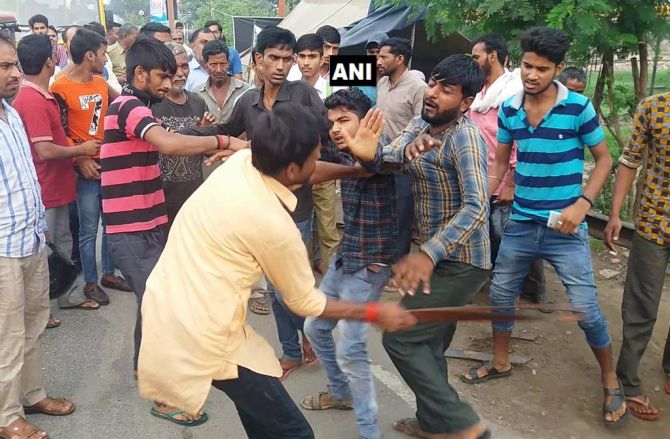 Two Muslim youths were allegedly thrashed and paraded by a mob led by the head of a vigilante group on suspicion of smuggling two cows in Uttar Pradesh's Shamli district on Monday evening, police said.

The head of the cow vigilante group was arrested and the two youth were booked under the UP Prevention of Cow Slaughter Act, and taken into custody, they said.

Superintendent of Police Shlok Kumar said Dilshad and Shah Rukh were ferrying two cows, which they claimed were bought from a temple priest, to their village when the mob intercepted the truck in Shamli town and attacked them.

Anuj Bansal, the head of the cow vigilante group, has been arrested and a search is on for the other members of the group, he told PTI.

According to the first information report, the duo and the priest, who was also in the vehicle, told the attackers that they had bought the cows for rearing, but the accused thrashed the two youths and paraded them in the area.

The priest was not attacked, police said.

On receiving information about the incident, police rushed to the spot and rescued the youths.

They have been have been taken into custody, police said.