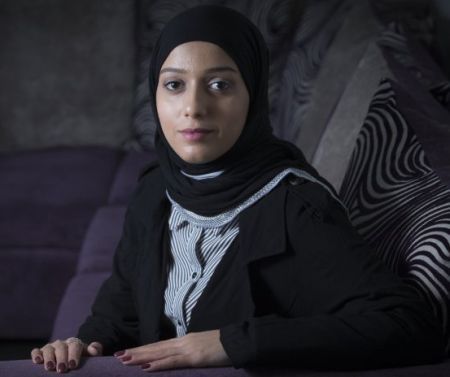 A 25-year-old Muslim girl in New Zealand was left embarrassed after she applied for a job at a jewellery shop and was told it was a "waste of time" unless she removed her hijab.

Mona Alfadli, who applied for a job as a sales assistant at Steward Dawsons in Auckland, was told by a prospective manager 'not to bother applying' because of her headscarf.

"I felt embarrassed as it took a lot of courage to walk into the shop and speak to the manager regarding a job, especially since I was afraid of the rejection," Alfadli said.

Alfadli, who lives in Avondale, has been looking for a job after completing her diploma in applied computer system engineering.

She said her aspirations for her life in New Zealand was to find a "safe" home for herself and her family, who settled in the country as refugees from Kuwait in 2008.

"I can do any job, I don't mind, but I will keep my hijab, I will keep my identity, and respect my culture and my religion," Alfadli was quoted as saying 'The New Zealand Herald'.

She said she was told it was a "waste of time" if she would not remove her hijab.

It was second incident at the jewellery store where in October former Kelston Girls College deputy head Fatima Mohammadi was turned away from an interview at the jewellery chain's Henderson branch because of her hijab.

"The manager in question is new to the company, so she hadn't been with us for very long. Having said that she should have known better, she was not following company policy. We are taking this absolutely seriously, it's not okay and we will be following it up in the appropriate manner," Turner said, adding that the company would apologise to Alfadli.

The case went all the way to the US Supreme Court, where justices ruled eight to one in Elauf's favour.