A Muslim yoga expert will teach yoga to BJP president Amit Shah at a special yoga camp in Patna on June 21 to mark the International Yoga Day celebrations. M I Khan Reports. 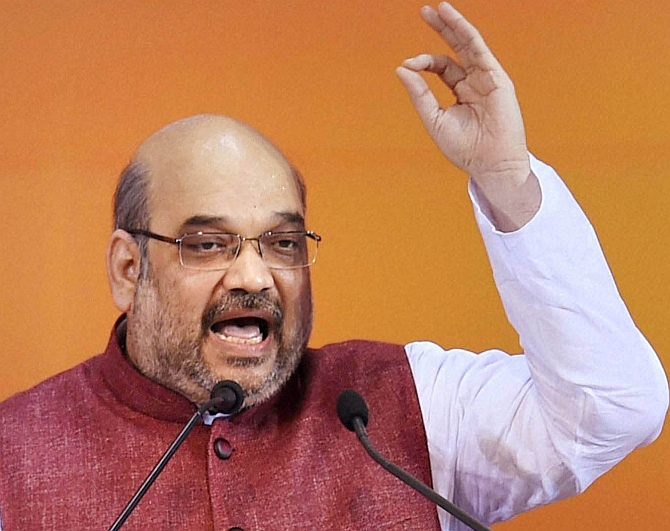 Shah, along with at least half a dozen Union ministers from Bihar including
Ravi Shankar Prasad, Rajeev Pratap Rudy, Radha Mohan Singh and Ram Kirpal Yadav will also attend the yoga camp in Patna.

Bihar Chief Minister Nitish Kumar last Saturday said: “Has he seen his body? Is it suitable for performing yoga? He should practise yoga silently at home everyday to stay fit. This will bring internal change in him too.”

Terming the move to hold the yoga camp on June 21 a "drama", Nitish also targeted the Bharatiya Janata Party and Prime Minister Narendra Modi, saying that they had made yoga a matter of “show-off and publicity”.