One of the accused who attacked farmer leader Rakesh Tikait on May 30 was a murder convict released from jail for good conduct, a police officer said on Wednesday. 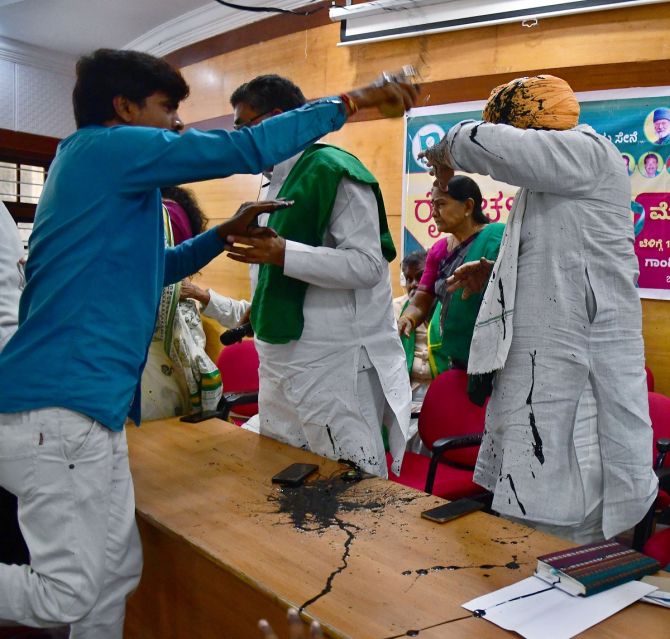 The attack on the farmer leader at an event in Bengaluru drew widespread condemnation from various quarters.

"Shivakumar Atri (52) is a murder convict, who was released from the Hassan jail in 2015 for his good conduct," deputy commissioner of police (Crime) Sharanappa SD told PTI.

He added that investigation is on to ascertain the accused persons' antecedents and their connections to find out those who might have instigated them to attack Tikait.

The three accused in the ink attack case have been taken into police custody for further investigation in the case.

On May 30, three accused posing as journalists entered Gandhi Bhavan where Tikait was holding a press conference.

On the pretext of adjusting a microphone, one of them got on the stage and attacked Tikait with the mic while another one rushed there and threw ink on him.

Later, the accused raised 'Modi, Modi' slogan before being arrested by the police.

Tikait termed it an act in connivance with the state government and claimed there was attempt to eliminate him.

The state Congress alleged that the Bharatiya Janata Party was behind the incident, which the state Home Minister Araga Jnanendra dismissed by saying those involved were not associated with the ruling party.