With the increasing number of coronavirus cases in Mumbai, the railway authorities have suspended the local and outstation trains till March 31.

IMAGE: Trains are seen parked at Lokmanya Terminus yard after lockdown in the wake of coronvirus pandemic in Mumbai. Indian Railways has suspended all passenger services until March 31 and only goods trains will run during the period. The suspension includes all suburban train services. Photograph: Shashank Parade/PTI Photo

The local trains are considered as the lifeline of Mumbai as over 80 lakh people travel in them everyday. The Central and the Western Railway operate over 3,000 services on suburban routes daily.

"All the suburban services have been stopped from Sunday midnight till March 31," a railway spokesperson said.

The Railway Board on Sunday afternoon decided to suspend suburban services along with all other passenger trains to prevent the spread of coronavirus in the city and other parts of the country.

This is the first time in past several decades that suburban trains have been stopped.

Earlier in 1974, the suburban and long distance train services were stopped for around 20 days due to trade union strike.

On Sunday, the railway authorities decided to suspend all the long distance passengers train services.

The suburban trains in Mumbai ran on Sunday at lesser frequency and only people working with emergency and essentialnservices were allowed to travel.

With 14 new cases found in the past 24 hours, the number of COVID-19 patients increased to 38 in Mumbai on Monday, as per the Brihanmumbai Municipal Corporation.

The Mumbai suburban network spreads from Churchgate to Dahanu on the Western Railway route and from Chhatrapati Shivaji Maharaj Terminus to Kasara and Khopoli on the Central Railway's main line. 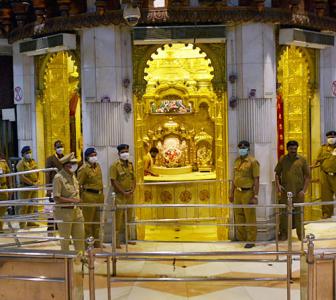