A Pakistani anti-terrorism court conducting the trial of seven suspects charged in the Mumbai attacks case summoned four prosecution witnesses on Saturday to record their statements at the next hearing on November 19.

Judge Shahid Rafique, who is conducting the trial in Rawalpindi's Adiala Jail for security reasons, summoned the witnesses to depose as proceedings got underway again following a delay of several weeks.

The case had been held up due to a petition filed in the Lahore High Court by Lashkar-e-Taiba commander Zakiur Rehman Lakhvi, the main accused in the case.

Lakhvi had sought the transfer of the case from Rawalpindi to Lahore, saying he had no confidence in Judge Rafique. The Lahore High Court dismissed Lakhvi's petition on

October 31, saying the matter came under the jurisdiction of the Islamabad High Court.

The Pakistan government recently said a judicial commission will soon visit India to interview key persons linked to the probe into the 2008 Mumbai terrorist attacks.

The date for the commission's visit is yet to be announced. Interior Minister Malik said last year that it was necessary for the commission to visit India and interview a magistrate and police officers who were involved in the investigation of the Mumbai attacks.

The testimony of the Indian officials is needed to proceed with the prosecution of the Pakistani suspects, he had said. 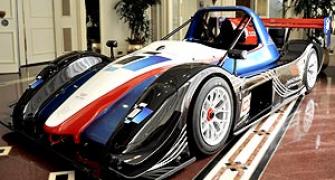 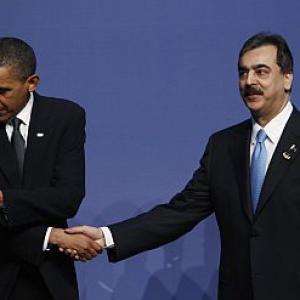 'Pakistan is NOT America's friend'