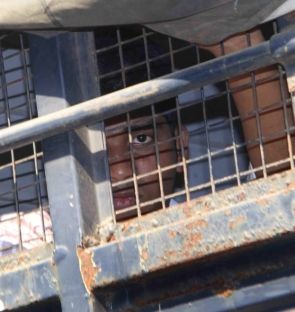 Three convicts in the Shakti Mills photojournalist gang-rape case have approached the Bombay high court to challenge the framing of charge against them under Section 376 (e) of the Indian Penal Code which can be punishable by the death sentence.

The three convicts -- Vijay Jadhav, Kasim Bengali and Mohammed Salim Ansari -- have challenged the order passed by the sessions court on March 21 allowing an application filed by the prosecution adding fresh charge under Section 376 (e) of IPC against the trio.

The section provides for death punishment to those accused who have been convicted earlier under Section 376 of IPC for rape. The stringent section was added after the
December 2012 Delhi gang-rape case as part of the Centre's move to make anti-rape laws tough.

The prosecution filed the application soon after the trio was held guilty in two different cases of rape -- one filed by a telephone operator and another by a photojournalist.

The three convicts in their petition in the high court have also challenged the constitutional validity of section 376 (e).

"The section is unconstitutional and illegal. The sessions court passed the order allowing framing of additional charges without hearing the defence," said advocate Moin Khan, appearing for one of the convicts.

The petition was mentioned before a division bench of Justices N H Patil and A M Thipsay which has posted it for hearing during the day.

After the sessions court allowed the prosecution’s application, the prosecution examined two witnesses. The defence refused to cross-examine the witnesses and sought time to approach the high court on Tuesday.

The 22-year-old magazine photojournalist was gang-raped by Jadhav, Bengali, Ansari, Siraj Rehman and a minor boy when she had gone to the Mills compound in central Mumbai with a male colleague on an assignment on August 22, 2013.

The trio has already been convicted and sentenced to life imprisonment in the case related to the gang-rape of an 18-year-old telephone operator which had happened about a month before the photojournalist's gang-rape last year.

According to prosecution, this qualifies them for punishment under the amended section.

Image: One of the convicts in a police van