A special court in Mumbai on Monday extended the judicial custody of Shiv Sena MP Sanjay Raut by another 14 days and took cognisance of a supplementary charge sheet in which he has been named as an accused in a money laundering case. 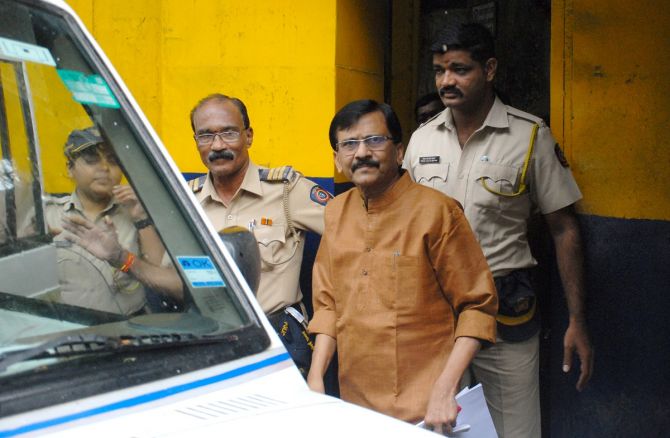 The Enforcement Directorate arrested Rajya Sabha member Raut (60) on August 1 in connection with alleged financial irregularities in the redevelopment of the Patra Chawl (row tenement) in Goregaon area of Mumbai.

The ED had last week filed the supplementary charge sheet, naming Raut as an accused in the case.

Raut has moved the special court for Prevention of Money Laundering Act cases for bail.

Special judge MG Deshpande after taking cognisance of the prosecution complaint issued summons to all the accused in the case, including Pravin Raut, an aide of the Sena MP.

The court on Monday also extended the judicial custody of Sanjay Raut by another 14 days.

The Sena leader's bail hearing was adjourned to September 21 after his lawyer said they want to go through the charge sheet and decide on adding additional grounds in his plea.

The ED's probe pertains to alleged financial irregularities in the redevelopment of Patra 'chawl' and related financial property transactions involving his wife and alleged associates.

While opposing Sanjay Raut's bail application, the ED told the court last week that he played a major role in the money laundering case related to Patra Chawl redevelopment and acted "behind curtains".

The ED had also denied Raut's contention that the action against him arose from malice or political vendetta.