Mumbai cops 'demoralised' after Rajan cases are transferred to CBI

The Maharashtra government's decision to hand over all the cases against underworld don Chhota Rajan to the Central Bureau of Investigation has not gone down well with the Mumbai Police with several senior officials criticising the move stating that it has raised doubts over their ability. 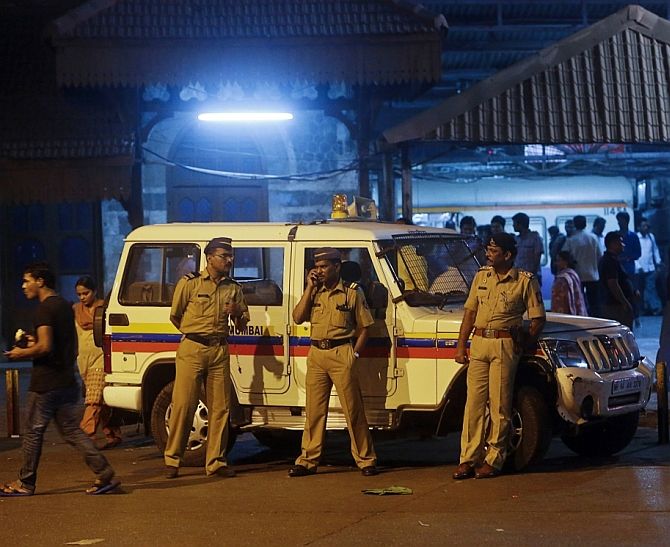 "This step has, in fact, demoralised the entire force, which has time and again curbed the underworld activities in the city. The city's crime branch was ranked next only to the Scotland Yard police in world," another official added.

The government's decision has made it apparent that the entire police force including the top brass of city police and crime branch is mixed up with the underworld, the officials said.

"Our own government that appoints the top brass of Mumbai Police has shown that it has no faith in the force," one more official said.

Considering the random incidents involving some Mumbai Police officers in the past, who thwarted "government's operation against Dawood Ibrahim", by arresting two key aides of Rajan - Farid Tanasha and Vicky Malhotra -- in Delhi, has put the city police in "no faith zone", the official added.

The moot question, being discussed in the city police circle, is that whether Rajan is being provided special treatment by the central agencies in Delhi, said an official.

Such decision by the government made it apparent that the gangster has been enjoying the patronage of central agencies, the official said, adding that if this question and logical thoughts aren't true, then another question arises: Why the CBI wasn't given the charge of handling all the Mumbai-based cases of several other notorious, hardcore and ruthless gangsters, who were deported or extradited in the past.

The CBI was never given the charge of handling the Mumbai based cases of all these gangsters, the official added.