At the KEM hospital, a wife waits, in hope

Three surgeries are still underway at the busy King Edward Memorial Hospital at Parel, central Mumbai, where the eight unfortunate victims of the 13/7 Dadar bus-stop bomb blast are admitted.

Two of these surgeries are critical.

Mankeshwar Vishwakarma, 48, a furniture contractor from Sion-Koliwada, is undergoing complex brain surgery. Surgeons are delicately wrestling with a loose piece of bone that will be the difference between life and death for him. "Yes, he is critical," says Neeraj, one of his attending doctors. But they are not able to ascertain where he was when he received these injuries -- in a vehicle or in the open.

Shirish Kandalkar, 45, who was on his way home from work and happened to pass the bus stop near Kabutarkhana and opposite Navkar Hardware, in Dadar, central Mumbai, on the other hand, has serious thoracic injuries that are being tackled by a team of doctors and surgeons just one floor down from the unlucky Vishwakarma.

Knots of grim-faced relatives huddle anxiously outside each theatre.

A bemused Rinku Vishwakarma sits on the ground in the musty, dank corridor, surrounded by neighbours and relatives. Her one-year-old daughter Soni is not with her.

Rinku got a call at 8.30 pm asking her to rush to the hospital. Initially, perhaps because his wounds were serious, she was not taken to see her husband and the scared young woman, wearing a simple sari and bright vermillion sindhoor, began to sob sadly as the tension of waiting endlessly in the chaotic hospital lobby became unbearable.

But now she is keeping vigil just beyond the theatre door. Says her neighbour Ashwini Sawant, "He had just taken a furniture contract (job) at Dadar and that was why he was in that area."

Kandalkar's brother sits tense outside his operation room. A group of friends and relatives stand by.

Two burst ear drums are being treated in the ENT department. Young Varsha Kariya is undergoing surgery in an orthopedic theatre apparently for an arm wound.

Says a third year medical student, "Some of us were working at the surgical bay and some of us at the orthopedic bay, when they said there was a mass casualty bomb blast at Dadar." That was around 7.15 pm, they think.

According to them, apart from Kandalkar and Vishwakarma, the cases they saw were not life threatening. But memories of Vishwakarma's sad state will probably stay with these students for a long time.

Earlier the crowds in the KEM lobby were waxing and waning as politicians and hospital officials made rounds  the mayor, the dean, an MLA. Gauze, swabs, syringes, latex gloves floated in and out. And then a bomb squad and a sniffing yellow Labrador retriever.

Attendants were briskly calling for relatives of the injured over PA system. "Shirish!"

"Side, side" and ward boys rushed a comatose man from the emergency room up to ward on a gurney. And then a woman who was conscious but dazed. But at 11.30 the casualties have been sorted. The less serious had been sent to the wards for observation.

All attention is now focused on Kandalkar and Vishwakarma as teams of surgeons work to make sure that these two Mumbai men, victims of yet another Mumbai terrorist blast, see the new day. 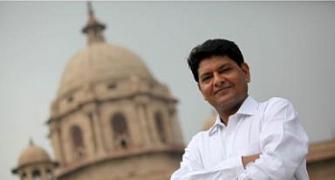 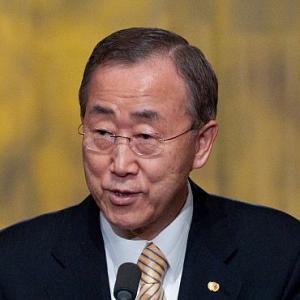 'Mumbai is a brave city. We know its strength'