26/11: US stands with India in its quest for justice, says Trump 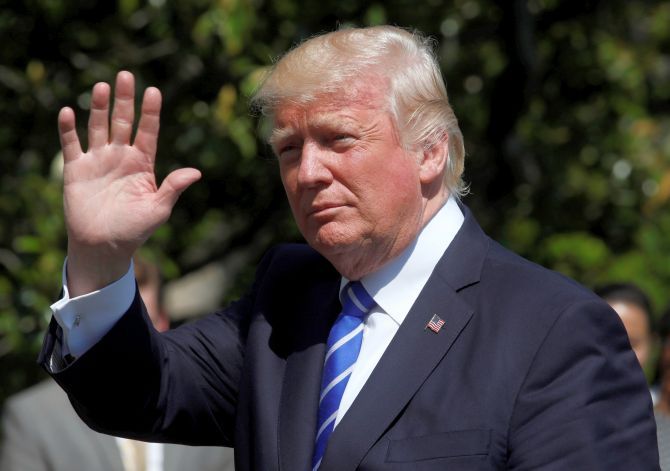 On the 10th anniversary of the Mumbai terrorist attack, President Donald Trump on Monday said that the United States stands with the people of India in their quest for justice.

In the barbaric attack unleashed on November 26, 2008 by 10 LeT fedayeen from Pakistan, 166 people, six of whom were US nationals, were killed.

‘On the ten-year anniversary of the Mumbai terror attack, the US stands with the people of India in their quest for justice,’ Trump tweeted.

‘The attack killed 166 innocents, including six Americans. We will never let terrorists win, or even come close to winning!’ he said.

Kia Scherr, whose husband and a 13-year-old daughter were killed in the attack, thanked the President for his tweet.

‘May this day serve to remind us that love overpowers hate. This is the strength no bullet can kill. This is our true power. Thank you,’ she said.

At a solemn event ‘in memory of the victims of the 26/11 Mumbai terror attacks’ at the Indian Embassy in Washington, DC, a top American counterterrorism official called on Pakistan to bring Lashkar-e-Tayiba operatives and other terrorists to justice.

"We call upon all countries, particularly Pakistan, to do their parts in bringing the perpetrators to justice. All countries must uphold their international obligations to take action against this UN sanctioned terrorist group and its leaders," said Nathan Sales, State Department's coordinator for counterterrorism in his brief remark.

Noting that a day earlier, the State Department had announced to offer up to $5 million for information leading to the arrest and conviction to anyone who committed or assisted the horrific attacks, Sales said, "With this, we remind the world that we have not forgotten those who perished 10 years ago and we will not rest until the perpetrators are brought to justice."

It is an absolute affront to the victims of Mumbai and to their families who grieve them to this day, that after 10 years, those who planned these despicable acts have still not been convicted for their crimes, Sales said, echoing the statement of the Secretary of State Mike Pompeo made a day earlier.

"Our citizens died together. So we must all work together to end the scourge of terrorism. We must prevent the terrorists who committed this act of barbarism, LeT from ever threatening our people again," Sales said as he warned the terrorist group and its leaders that the US will go after them wherever they are.

In his remarks, the Indian Ambassador to the US, Navtej Singh Sarna, paid tributes to the innocent lives lost during these attacks which included Indians and citizens from 14 other countries, including those from the United States.

He condemned terrorism in all its forms and manifestations and urged the international community to call upon Pakistan to bring the perpetrators of this heinous terrorist attacks to justice.

Sarna thanked the State Department for instituting a ‘Rewards for Justice’ programme announcing a bounty for any information leading to arrest or conviction of any individual involved in planning or facilitating the attacks.

To honour the memory of the victims, a moment of silence was observed by the attendees followed by lighting of candles.

Extracts from an article written on this occasion by Kia Scherr, the co-founder of a charity 'One Life Alliance' and a family member of US victims in this tragedy, was also read out.

The event concluded with the screening of HBO documentary on 26/11 Mumbai attacks, titled 'Terror in Mumbai'.

The event among others was attended by Basant Sanghera and Jennifer Whethey, Director in the US National Security Council at the White House.

Rabbi Levi Shemstov, Executive Vice President, American Friends of Lubavitch (Chabad) recounted his personal encounter of the events of the day 10 years ago, when he desperately tried to save his friends and colleagues in Mumbai and talked with one of the terrorists over phone.

In a separate statement, Congressman Eliot L Engel, Ranking Member of the powerful House Committee on Foreign Affairs, said 10 years ago, the world watched in real time as a horrific terrorist attack unfolded over the course of 60 hours in Mumbai.

“I join the friends and families in remembering the 166 victims, including the six American citizens killed during the attack, and I stand in solidarity with the people of India who have demonstrated their resilience in the face of such violence,” he said.

“It remains imperative, as it was 10 years ago, to bring the perpetrators of such heinous and senseless violence to account," said Engel, who in all probability will be the chairman of the House Foreign Affairs Committee next year.

‘10 years ago the people of Indian fell victim to a heinous terrorist attack in Mumbai. Today we remember the victims and stand with India in the fight to end violent Islamist extremism,’ Congressman Ted Yoho said in a tweet.