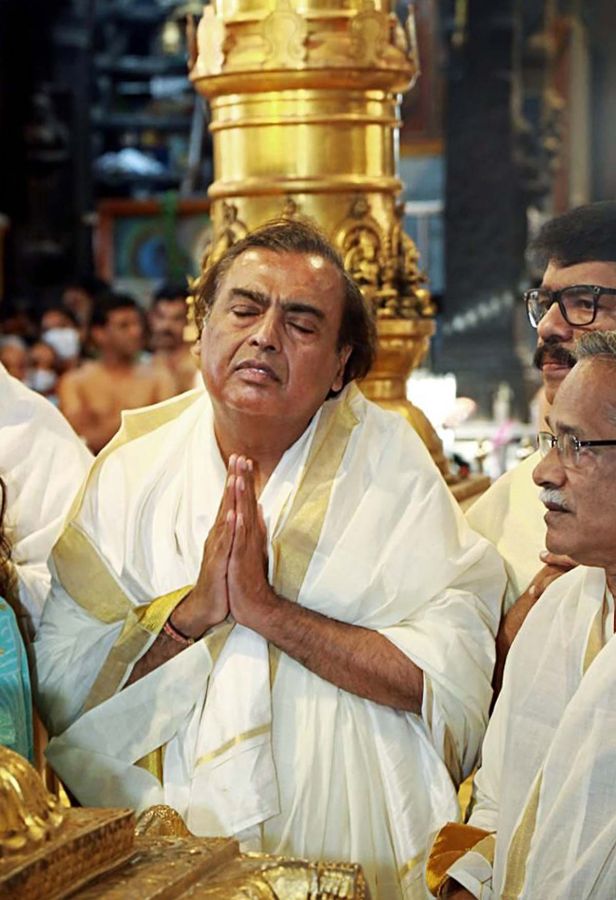 IMAGE: Reliance Industries Chairman Mukesh Ambani worships at the Shri Krishna temple in Guruvayur, Kerala, September 17, 2022.
Mukeshbhai donated Rs 1.51 crore (Rs 15 million) to the temple's annadanam fund, the first devotee to donate such a large sum.
This was MDA's third visit to a temple in a week after having visited the Shrinathji temple in Nathdwara, Rajasthan, on Monday, September 12, followed by a visit to the Tirupati Balaji Temple in Andhra Pradesh on Friday, September 16.All Photographs: ANI Photo 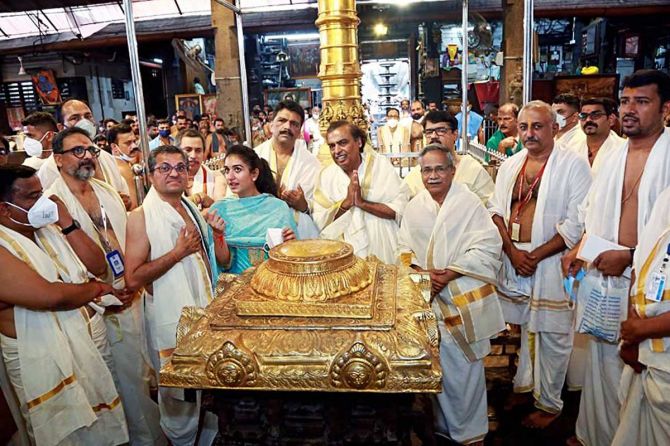 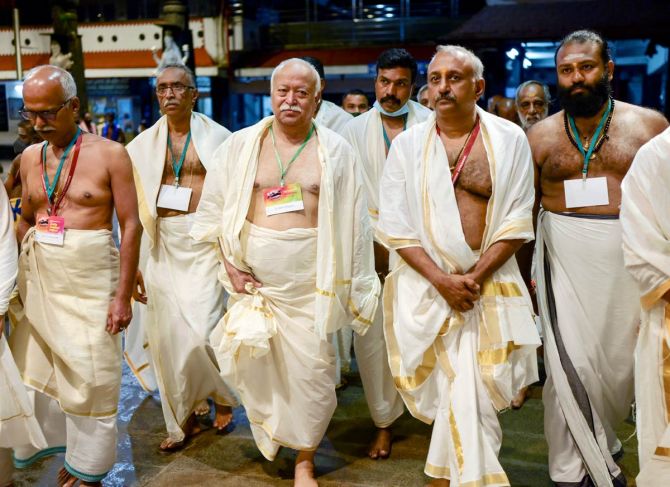 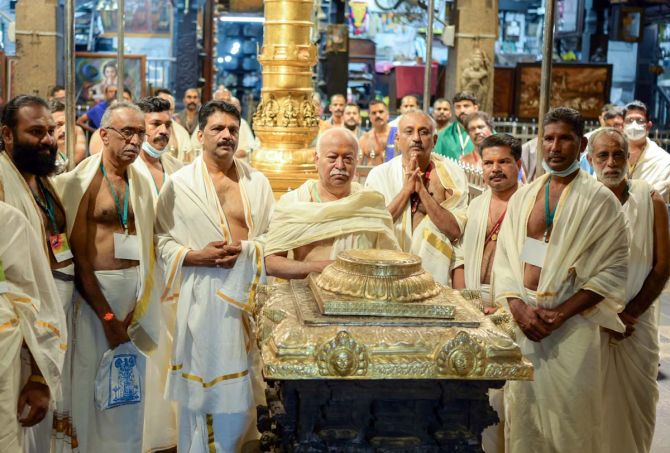 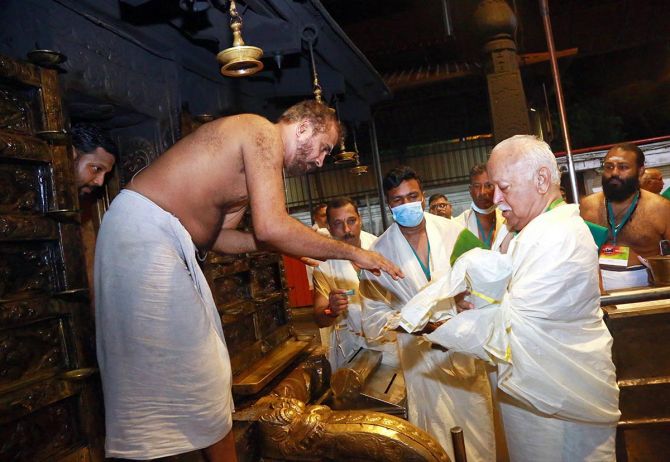 IMAGE: Bhagwat presented offerings to Lord Krishna at the temple. 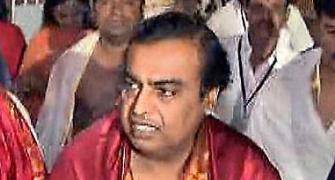 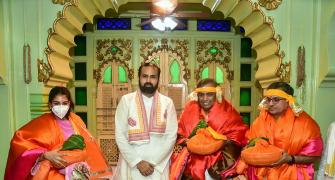 What Is Mukesh Ambani Praying For? 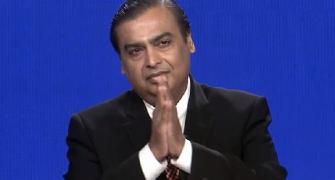 Who will be Mukesh Ambani's successor at Reliance? 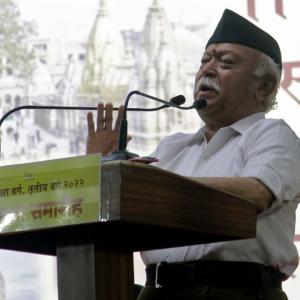 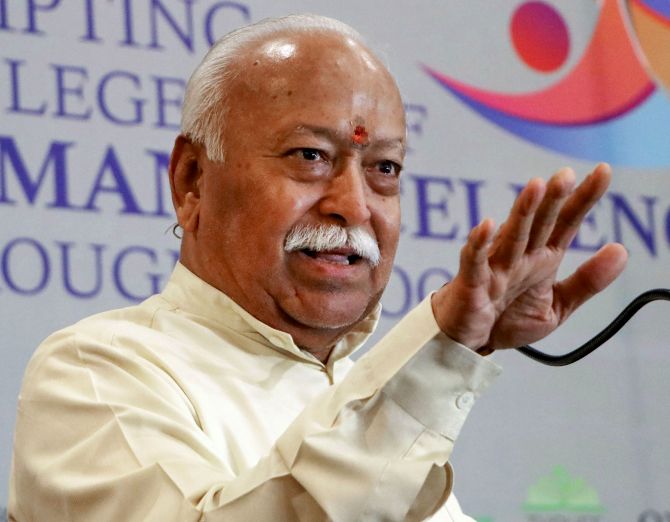