Mufti hopeful of Modi govt finding a solution to K-problem 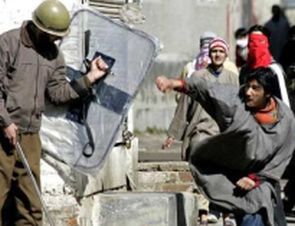 In a statement, the PDP leader said he further hoped the Modi government would pursue an agenda which would be "politically-inclusive and developmentally-intensive".

"We congratulate Modi and his party on their outstanding victory. We hope his developmental agenda is intensive and his political agenda inclusive.”

"That is what is needed and expected of him in his new role," said Sayeed, whose party bagged all the three Lok Sabha seats in Kashmir.

The former chief minister hoped the new dispensation at the Centre would make efforts to find a lasting solution to the Kashmir problem.

"I hope the new government, under the leadership of Modi, will take tangible measures to address the causes of alienation and trust deficit in Kashmir and work towards finding a long-lasting solution to the problem plaguing the region for the past more than six decades," he said.

Modi had earned the political and electoral legitimacy to be the prime minister in view of the decisive mandate given to his BJP by the people, Sayeed said.

"People have given a decisive mandate to the BJP for a strong and stable government. Modi has got the political and electoral legitimacy to head the new government. We must all respect this legitimacy that has been accorded to him by the people of the country," the PDP patron said.

Sayeed expressed gratitude to the people of Kashmir for electing PDP candidates to the Lok Sabha, saying this amounted to endorsement of the party's agenda.

"The results of the Lok Sabha polls make it amply clear that the people of the state have come together with their powerful voice and have expressed their will unambiguously. They have affirmed our course. They have told us to move forward," he said.

"I am especially humbled by the overwhelming endorsement of my party’s political and economic agenda by the state’s young population who have started playing decisive role in democratic exercises as is evident from the results of the Lok Sabha polls," the PDP leader said.

He thanked the Election Commission of India for what he said ensuring by-and-large free, fair and peaceful elections in Jammu and Kashmir.

Sayeed urged political parties to make a fresh start to confront challenges facing the people of Jammu and Kashmir.

"Let us rise as one to meet these defining challenges of our time so that our future generations thank us and say truly this was the turning point in J&K’s turbulent history," he said.