The Rashtrapati Bhavan has been flooded with calls from editors of newspapers, TV channels and news portals, who have been seeking information about the official banquet to be hosted by President Pratibha Patil, in honour of United States President Barack Obama on Monday.

Due to a flurry of demands from Parliamentarians as well as dignitaries from other fields, the dinner will be hosted at Mughal Garden.

A special stage has been erected for the Shillong Chamber Choir, which won the India's Got Talent championship and will regale the President with their music on Monday. Actors Shah Rukh Khan and Aamir Khan are also expected to attend the banquet.

Maurya Sheraton Hotel, where Obama will be staying in Delhi, has been declared out of bounds for journalists.

Obama will also address the members of Lok Sabha and Rajya Sabha on Monday. The Parliament secretariat has been flooded with requests for passes to the press gallery. Authorities will open up some conference halls in the Parliament complex, where the journalists who couldn't be accommodated in the press gallery will be seated. 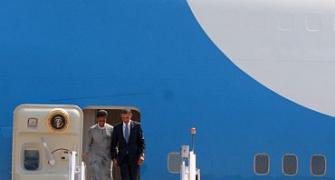 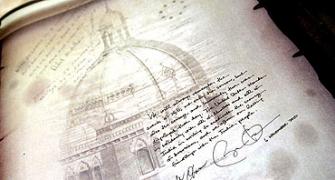