Madhya Pradesh government on Monday shunted out a senior IPS officer seen beating his wife in a viral video, after she allegedly caught him red-handed at the flat of a regional TV news channel's news anchor. In the video, Purushottam Sharma, a 1986 batch IPS officer, is seen thrashing his wife, while pinning her down.

The order to remove Sharma from the post of Director Public Prosecution and transfer him to the state secretariat without assigning him any post was issued by the state home department Under Secretary Annu Bhalavi.

"Two videos related to you went viral on social media in which prima facie you are seen engaging in immoral behaviour and domestic violence with your wife," a show-cause notice issued by Bhalavi to Sharma said.

"Your actions are in violation of the All India Services rules and therefore, you are directed to give your clarification on why disciplinary action should not be taken against you for your acts," it said.

The government has asked Sharma to submit his reply by 5.30 pm on Tuesday, failing which it will be construed that he doesn't have any response to file and accordingly action will be initiated against him, the order said.

Earlier in the day, Madhya Pradesh chief minister Shivraj Singh Chouhan said the IPS officer had been relieved of his duties over the incident.

"The officer has been relieved of his duties. Action will be taken against anyone who holds a responsible position, but indulges in illegal activities and taking law into his hands," the chief minister said.

Sharma, who has been married for 32 years, said if he has done anything wrong, then his son should say why was his mother living with him for so long.

"My son should say why was she taking money (from me) since 12 to 15 years and going on foreign trips. After enjoying so much comfort in life, she has an obligation towards her family, to save its reputation," Sharma said.

"This is a family matter, not a crime...I am not a criminal," Sharma told reporters.

"My wife stalks me wherever I go. I am dealing with this," the IPS officer said, adding there is no place for fight in a family.

Asked what action will be taken against Sharma, Mishra said, "If a written complaint comes to me, it will be looked into. I have also seen it (the video)."

She said the action taken by the state government against Sharma is "inappropriate" and demanded his immediate dismissal from the service and registration of a criminal case against him.

Oza said the commission has summoned Sharma on October 5 and also directed the state government to provide security to his wife. 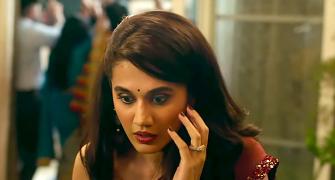 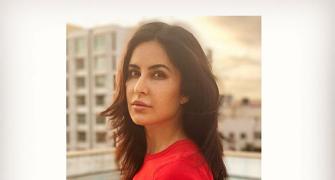 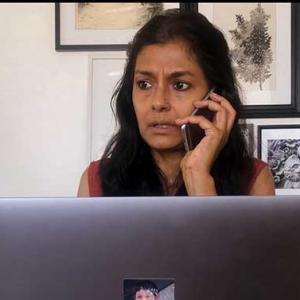