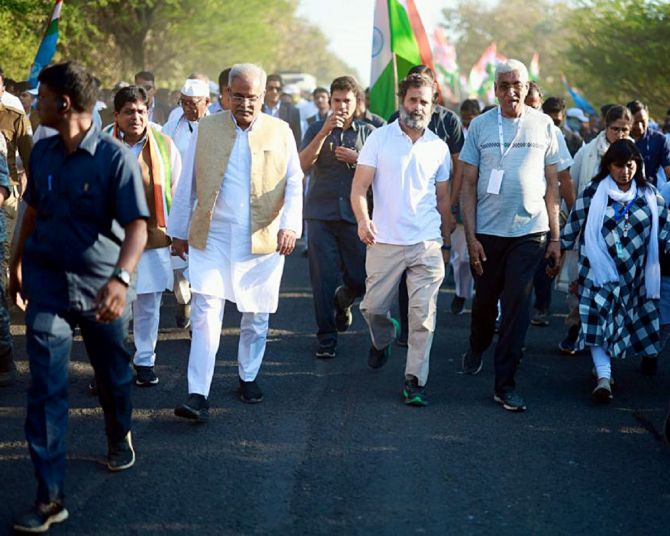 The issue has led to a slugfest between the ruling Bharatiya Janata Party and the Congress, with the latter calling the video of the incident as doctored in order to defame the nationwide march.

The video was posted by the BJP's IT cell, which the Congress claimed was a part of the tactics of the ruling party's "dirty tricks" department.

The rally was passing through Bhanbarad in the state's Khargone district at the time.

On the complaint of the MP BJP, a First Information Report has been registered against Tiwari and Babele under Section 153 (b) (imputations, assertions prejudicial to national integration), 504 (intentionally insults, intending or knowing it to be likely that such provocation will cause him to break the public peace), 505 (1) (circulation of rumour), 505 (2) (promoting enmity, hatred, ill will between classes) and 120b (criminal conspiracy), Bhopal crime branch DCP Amit Kumar told PTI on Sunday.

When contacted, Chaturvedi told PTI a complaint was filed as the matter was serious and posed a threat to the country.

However, MP Congress media department chairperson KK Mishra said Babele was a journalist and is not a member of his party.

Chaturvedi, meanwhile, said he had sought registration of case against Rahul Gandhi, Sonia Gandhi, Priyanka Gandhi Vadra and Kamal Nath in connection with the incident.

A Crime Branch official said further action will be based on the probe into the complaint.

The Congress' media department chief KK Mishra said his party will not be bogged down by what he claimed were fake complaints.

"We are going to stand like a rock behind Tiwari and Babele. The BJP government in MP can prevail over is by registering such fake and baseless cases," Mishra asserted.

Earlier in the day, Mishra said the BJP was afraid of the massive response the Bharat Jodo Yatra was getting.

BJP's Chaturvedi had said the Congress had tweeted the video on its official handle at 8:52 am on November 25 and had deleted it soon after due to pro-Pakistan slogans in it, which showed the double standards of the opposition party. 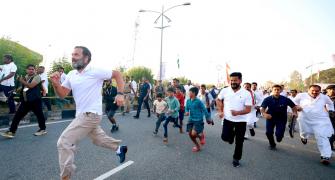 Yatra no magic wand, lots of work to do: Rahul 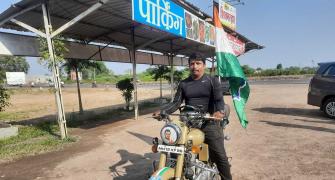 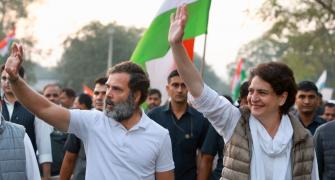 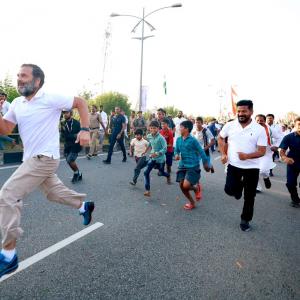 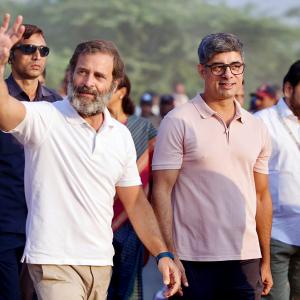