The Madhya Pradesh government has decided to initiate legal action against Twitter for putting up a distorted map of India and other such activities, state Home Minister Narottam Mishra said on Tuesday. 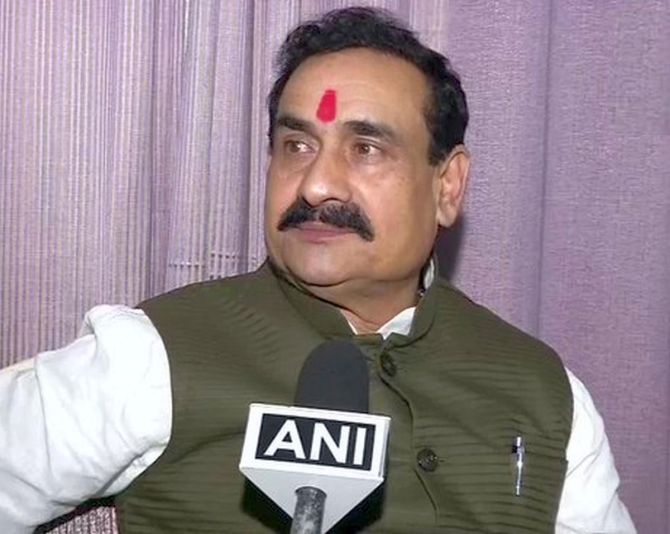 The map, which showed the Union Territories of Ladakh, Jammu and Kashmir outside India, was noticed on Monday, leading to an uproar by netizens.

'Something or other has been going on continuously against the country for a long time. Sometimes unrestrained words are spoken against Bharat Mata and sometimes a wrong map of the country is displayed on Twitter. These issues cannot be taken lightly. The governments at the Centre and the state have taken it seriously,' Mishra said in a statement posted on Twitter.

In another tweet, Mishra said he has directed the state's Director General of Police (DGP) Vivek Johri to investigate the matter and take legal action in this direction.

Mishra said such incidents of speaking against or doing something against 'Bharat Mata' (Mother India) are on the rise.

The map's glaring distortion, which appeared on the career section of the Twitter website under the header 'Tweep Life', had triggered a heavy backlash from netizens on Monday as they demanded strict action against the microblogging platform that has flouted various rules on multiple occasions in the past.

Earlier, Twitter had shown Leh as part of China.