Grappling with Japan's worst  atomic crisis, workers at the crippled Fukushima nuclear plant on Wednesday kept removing highly toxic water from a reactor as a new test showed the radiation levels in nearby seawater had risen, amid protests by angry evacuees demanding compensation.

For the first time in six months, the government downgraded its assessment of economy, saying the March 11 magnitude-9 quake and tsunami, which left nearly 30,000 people dead or missing, have caused serious downward pressure on exports, production and consumption.

"Although the Japanese economy was picking up, it shows weakness recently, due to the influence of the Great East Japan Earthquake," the cabinet office said in its monthly report. Also, Japan's Sendai Airport, which was submerged by massive tsunami last month, partially resumed domestic flight operations on Wednesday, with a Japan Airlines flight arriving from Tokyo's Haneda airport at 8 am local time.

The airport opening is expected to make it easier for volunteers and others from Tokyo and its vicinity, as well as western Japan, to visit the disaster-hit areas and accelerate relief activities there. However, the country's nuclear crisis was far from over as workers of the Tokyo Electric Power Company  continued to remove highly radioactive water from the crisis-hit Fukushima Daiichi plant and cool a spent nuclear fuel pool.

A magnitude-5.8 quake also hit areas near the plant this morning, but it did not obstruct recovery efforts or cause any abnormalities, the government's Nuclear and Industrial Safety Agency was quoted as saying by Kyodo.

TEPCO, the plant's operator, kept pumping out highly polluted water from an underground tunnel-like trench to nearby storage area inside the number 2 reactor's building. The critical work began last evening and an estimated 200 tonnes of tainted water was moved to a "condenser". The utility aims to transfer a total of 700 tonnes of polluted water by Thursday.

The science ministry said the radiation levels in seawater off the coast of Fukushima are the highest since it began monitoring them about three weeks ago. It said the level of iodine-131 was 88.5 becquerels per liter in a sample taken on Monday in the sea about 30 km east of the Fukushima Daiichi nuclear plant. The figure is 2.2 times the government's upper limit for wastewater from nuclear facilities, national broadcaster NHK reported.

The level of cesium-137 was also the highest observed so far, but was below the limit. TEPCO also said the iodine-131 level was 23 times the upper limit in a sample taken 15 km from the plant. This was the highest figure since TEPCO began taking samples 15 km offshore on April 2.

Radiation levels are higher in the sea to the north of the crippled plant. The Nuclear and Industrial Safety Agency said radioactive substances seem to be flowing and diffusing northward. A group of residents evacuated from near the crippled plant protested at the TEPCO headquarters in Tokyo demanding compensation for losses suffered by them.

Masataka Shimizu, TEPCO president, said  on Tuesday that he was deeply sorry for causing trouble and concern to nearby residents and people in Fukushima Prefecture. Shimizu said he wanted to resolve the ongoing crisis as soon as possible, adding that his company was trying to cool the crippled reactors down and prevent the dispersion of radioactivity.

In the wake of last month's twin disaster, Toyota, the world's largest automaker, said it would be forced to halt production for several days at five European plants over the next two months due to parts shortages. It had earlier announced similar measures at most of its 14 North American facilities.

Meanwhile, Prime Minister Naoto Kan was considering developing an environmentally-friendly town with a population of about 50,000 to 100,000 in the event residents needed to leave their homes near the crippled nuclear power plant for many years, Kenichi Matsumoto, a special adviser to the Cabinet, said after a meeting with the Premier.

The Japanese government had also decided to send a state secretary for foreign affairs to attend a series of international conferences on nuclear safety in the Ukrainian capital Kiev next week, hoping to mitigate global concerns over the crisis the Fukushima plant, officials were quoted as saying by Kyodo.

Japan hoped to explain thoroughly to other countries the current state of the nuclear disaster and its efforts to address it at the conferences from Tuesday to commemorate the 25th anniversary of the Chernobyl accident, they said. Japan on Tuesday raised the severity level of crisis at the crippled Fukushima plant to a maximum seven, bringing it on par with the Chernobyl disaster.

Though a month has passed since the earthquake and tsunami crippled the Fukushima nuclear plant, no one yet has a clear idea of when or how the radiation crisis would end.  As the survivors come to grips with the loss of loved ones, homes and jobs, experts say it is vital for the government to quickly offer a clear vision of  reconstruction, according to The Japan Times.

"It's necessary for the government to show a road map and take on the responsibility to restore the region," Shigeki Yamanaka, a professor at Kwansai Gakuin University's Institute for the Research of Disaster Area Reconstruction, was quoted as saying. "But so far, it is not clear what the government intends to do."

The government, which faces the need to start reconstruction work soon, must also map out a comprehensive blueprint, the report said. 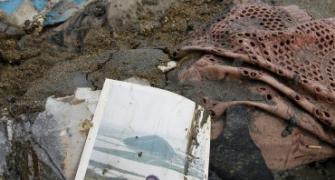 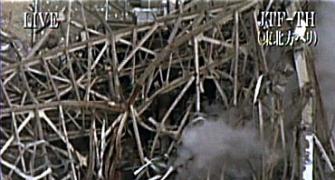