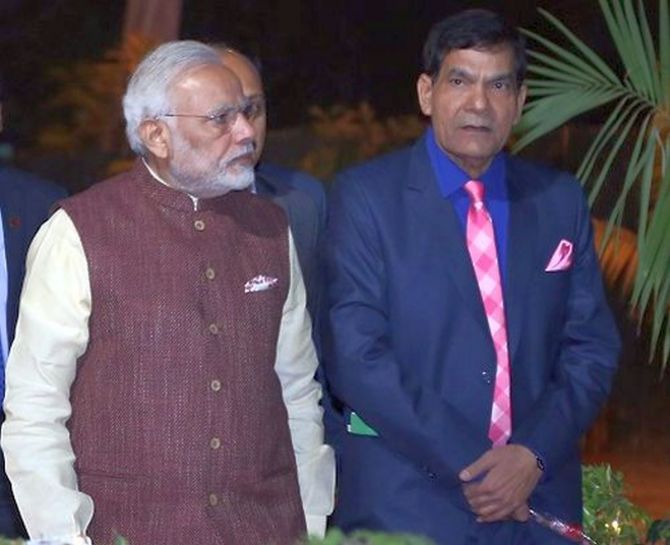 In a letter dated June 20 and addressed to state BJP chief Swatantra Dev Singh, Sharma said, "In my humble opinion, even today, the people of Uttar Pradesh love Modiji the same they had done in 2013-14. To win the upcoming (UP assembly) elections, the name and patronage of the mass leader is enough. Along with this, there are blessings of the party chief and seniors."

"I will make every possible effort, and also enable other colleagues to make efforts," he said in the Hindi letter which he also posted on Twitter.

He added, "I am of the firm belief that under your leadership and the leadership of Chief Minister Yogi Adityanath, the BJP will bag more seats in the 2022 assembly elections than the past."

He thanked Singh, the party's state leadership and the central leadership for appointing him the vice-president of the UP BJP.

"As a member of the party, I once again take the pledge to give my best contribution in the interest of the country," he said.

Singh also mentioned the work done by him as an IAS officer.

"From 2001 to 2021, I had the honour of making a small offering and helping him as an assistant in the historic march of 'vikaas purush' Narendra Modi from being the Chief Minister (of Gujarat) to the Prime Minister," he said.

"I have been a small partner in the long, successful, comprehensive and global saga of Modiji. This is his 'kripaa' that he has given me an opportunity," he said.

The Uttar Pradesh unit of the Bharatiya Janata Party on Saturday appointed its state MLC A K Sharma, a former IAS officer, as its state vice president.

The announcement was made by UP BJP president Swatantra Dev Singh.

Sharma did his schooling from the Mau district in eastern Uttar Pradesh and post-graduation from the Allahabad University.