The average age of the new Union council of ministers has reduced to 58 years from 61 years previously following Wednesday’s reshuffle. 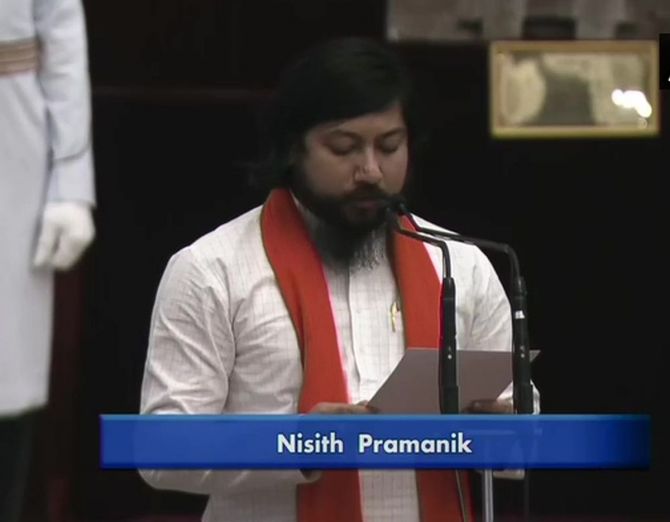 IMAGE: At 35, Nisith Pramanik, member of Parliament from Cooch Behar, is the youngest member of the Union Council.

Nisith Pramanik (35), the Lok Sabha MP from West Bengal's Cooch Behar, is the youngest minister to be sworn in, while the oldest member in the council of ministers is 72-year-old Som Parkash.

There are 77 members in the council of ministers now.

The 43 ministers took oath in a major expansion-cum-reshuffle of the Union council on Wednesday evening after several Union ministers, including Harsh Vardhan and Ramesh Pokhriyal "Nishank", resigned and a number of new entrants met the prime minister at his residence in New Delhi.